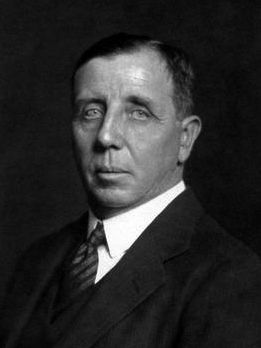 Nee: related to Earl of Iddesleigh

From 1941-46 he was Chief Information Officer of EA with the Ministry of Information.
Cuckoo 1908 - whilst DC at Kisii trouble was brewing amongst the Kisii. He was speared in the back by a Kisii warrior and severely wounded, the spear only just missing the spine. His condition was grave. ......... (more)
Ainsworth - 'Early in 1908 Geoffrey Northcote, who was Acting District Commissioner in the Southern Kavirondo District, visited the Kisii location where we had decided to build a station to take the place of Karungu. The Kisii were then little known to us. It appears that about this time a "witch-doctor" began preaching an anti-European crusade. As a result Northcote was attacked and wounded as well as some police and a number of friendly natives who were accompanying him. On receipt of the news I at once communicated the details to the Governor.
Within a few days a force consisting of KAR and armed police under Colonel MacKay arrived at Kisumu and proceeded to Kisii via Kendu Bay. I accompanied the force as Chief Political Officer with R.W. Hemsted as Assistant. The operations were successfully carried out and resulted in the Kisii coming to terms. A company of KAR were left in the country for a few months to maintain order. Following this affair we built the present station at Kisii and the PWD lined out a cart track to it from Kendu Bay.
Oscar - 1917 - at Kisumu the DC, Mr Northcote married Oscar and Olga Watkins
Cranworth - '......... having served his apprenticeship as a District Officer. He was another persona grata with the settler element and, aided by his no less popular wife, kept open house.'
Tignor - DC at Kiambu 1914-16
EAHB 1905 - Asst. Collector, Kisumu. Assistant Collector, EAP, May 27th 1904.
KAD 1922 - Asst. Colonial Secretary.
KAD 1922 - Vice-President, EASPCA
Red 25 - President Football Association of Kenya; Acting Hon. Secretary and Treasurer, Nairobi Polo Club, Committee Member, REAAA, President, Rugby Football Union of Kenya; Chairman Executive Committee, Kenya Boy Scouts Association
Drumkey 1909 - ADC Ukamba, Kiambu
Kiambu Scrapbook - The Kiambu Club - 1913 - Another account says that the DC's wife Mrs Geoffrey Northcote, objected to these holes [golf course] being made in front of her house but the course does not appear to have been altered until 1918 …….
Advertiser - 12/6/1908 - Appointments - G.A.S. Northcote - Asst. DC Kiambu
EAHB 1906 - Acting Collector, Karungu
CO 533/371/3 - Confidential Reports 1927 - A good report but he has just been transferred
Barnes - Nairobi City Park Cemetery - Sir Geoffry Northcote, ashes buried 12 Sep 1950 AND Lady E.J.M. Northcote, died 28 Feb 1958 aged 76, buried in same plot
Rugby - Rugby Football Union of Kenya - President 1925-27
Rugby - Nondescripts RFC - President - 1923-27
Red Book 1912 - G.A.S. Northcote - Fort Hall - Kenya Province - DC at Fort Hall
Gazette - 12/11/1919 - Register of Voters - Nairobi, South Area - Geoffrey Alexander Stafford Northcote - Civil Servant - Anderson Road
Gazette 1 Apr 1958 wife's probate
Gazette 11 June 1963 son Arthur's probate