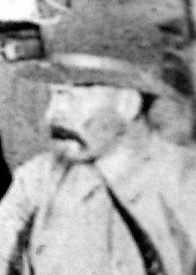 North - Uganda Railway/ Uganda Mil. - Medical Officer; Former Surgeon-Capt. IMS; ill at Kilindini June 1897; Senior Medical Officer Uganda Railway Oct. 1897; resigned from Railway 22/11/1897 & went to Uganda with troops. served with Indian Contingent troops during Sudanese mutiny 1897-8; Dep. Zanzibar on leave Aug. 1898; Listed as member of Mombasa Club 1899; Sportsmen's Game Licence, Entebbe 2/6/1905
British Medical Journal - Deaths - On February 9 1953,  Reginald George Turner CMG DSO FRCS, Colonel IMS retired, of Ardmore Road, Lower Parkstone, Dorset, late of Clevedon, Somerset
Plarr's Lives of Fellows of Royal Coll of Surgeons Born on 3 February 1870 second son of Surgeon-Major Augustus Frederick Turner of the 75th and 43rd Regiments of Foot and staff-surgeon, Army Medical Department (Johnston's Roll of the AMS, no 5158) and Isabel Archer his wife, he entered St George's Hospital Medical School with a scholarship in 1887, and was a prizeman in 1887, 1888, 1890 and 1891. He was commissioned a Surgeon-Lieutenant in the Indian Medical Service on 29 July 1893 and saw active service in Waziristan in 1894-95 winning the medal and clasp. He was promoted Surgeon-Captain in 1896 and was posted to Africa in 1897-98; here he served at the attack on Kymbo in Uganda and the capture of Kadagambiz and the Sudanese forts near Mruli; he was mentioned in dispatches and won the medal with two clasps. He served in China in l900, again winning the campaign medal, and was thereafter on civil duty in India being promoted Major in 1905 and Lieutenant-Colonel in 1913. During the war of 1914-18 he was again on active service, was mentioned in dispatches in 1916, won the DSO in 1917, and was created CMG in 1918. He served as medical officer to the Afghan-Baluchistan boundary commission, was placed on the select list for promotion in 1920, and became Colonel in 1921. He retired in 1923 and settled in Somerset, living at Clevedon and Walton St Mary. Later he moved to Dene Hollow, 11 Ardmore Road, Lower Parkstone, Dorset. Turner married twice: (1) in 1907 Beatrice Maria (died 1935) daughter of W H Marks and widow of the Rev W F Ommaney; (2) in 1946 Amy Janet (Jeanie), daughter of E Colston Hiles and widow of W Richard Musgrave, Cape Mounted Rifles. Colonel Turner died at Parkstone on 9 February 1953 aged 83, survived by his wife. There were no children of either marriage.