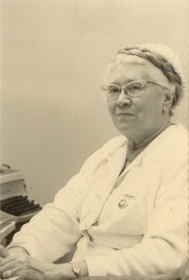 Dow - Rift Valley Academy - Like most of the early faculty Mr North and his wife felt called to Africa to preach the gospel, but found themselves forced into a teaching role for which they were neither academically nor psychologically prepared. These deficiencies did not have to mean failure at RVA. However, Mr North's personality, combined with an unwillingness or inability to relate to the students, led directly to a failure to gain the student's respect assuring catastrophe as an educator. …….. universally unpopular ……….
North's leadership had brought the school dangerously close to anarchy. In one instance North tried to use his position of authority to retain the warthog tusk of student Earl Andersen. When the students rallied against North's authority he fell back on the only thing left - physical force. In a bizarre event that Darwin would have been proud of, North invited some of the older boys down to a clearing beneath the Kiambogo building and challenged them to a fight for authority. The tenure of the North family at RVA might be the most glaring example of the consequences of allowing inept and unwilling faculty run the school. ……..
Billy Graham Center archives for AIM James B. And Mildred North 1922-27