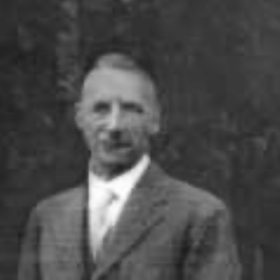 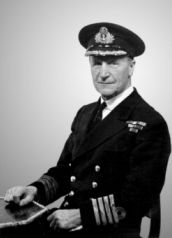 Profession: First Headmaster of Prince of Wales School (1925-37). He had commanded a battle cruiser and he ran the school like a ship.

Debrett - is Capt. (retired) RN; entered Education Depart., Kenya 1925; was Headmaster of Govt. School, Nairobi 1925-30, and of Prince of Wales School, Kenya 1930-37; European War 1914-19, Comdg. N. Patrol and with Grand Fleet (despatches, DSO), European War 1939-45 as Commodore of Ocean Convoys (despatches, CBE, Com. of Order of Crown of Yugoslavia)
EA & Rhodesia - 30/10/58 - Captain Bertram William Lothian Nicholson, CBE, DSO, RN (Retd.) died last week at his home in Surrey at the age of 79. He served in the Royal Navy from 1893 until 1922, when he retired under the reduction scheme. He then joined the Education Department of Kenya, and was headmaster of Nairobi School, and later of the Prince of Wales School between 1925 and 1937. Recalled to service in the RNR in 1939, he commanded the armed merchantman 'Cathay' and 'Circassia', and from 1941 to 1945 was a commodore of ocean convoys. He married Evelyn, daughter of Major-General A. Montague Browne, who survives him.
CO 533/371/3 - Confidential Reports 1927 - Headmaster, Nairobi School - Very successful and fully justifies his appointment.
Dominion - Education Department - School Principal - 1930
Breckenridge - " … the old Government School on the hill in Nairobi; all the buildings were made of wood with corrugated iron roofs. Very rough to say the least. Captain Nicholson, a retired Naval Officer, was appointed headmaster. The Education Dept. produced plans to build a new modern block …… Several new teachers with University Degrees were appoined from UK. This was a change from the old retired service officers we had before. The whole system changed, for Capt Nick as we called him, wanted to put the school on to English Public School lines. He introduced school houses and created competition; rugby was started and a better team spirit prevailed …….. Capt. Nick was not averse to using the cane when necessary, as was the custom at that time. He was very fair and no-one ever resented being given the stick. We all respected him and he never bore any malice and nor did we. ……{new school P.O.W. at Kabete} …Although Capt. Nick was a Naval Officer, he wanted to run the school on public school lines. He introduced stripes on sleeves similar to the Navy for house captains and prefects, and expected a very high standard of morals and ethics. We still had a majority of Afrikaaner boys, so as a result we all picked up the clipped South African accent which took a lot of breaking in later years. …. "
Gazette - 14/10/1925 - Arrived on 1st Appointment - Headmaster, Education - Capt. B.W.L Nicholson
Red 31 - European School, Nairobi
Gazette - Voters List 1936 - Bertram William Lothian Nicholson, School Principal, Sclaters Rd., Nbi and Evelyn Douglas Montague Nicholson, Sclaters Rd.