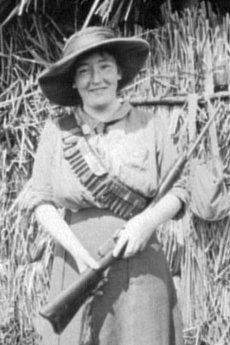 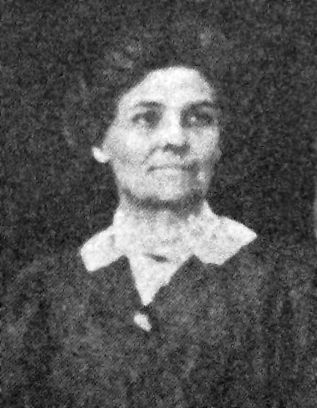 Married: Johana Adolfina Bierman Grimbeck, one of first women to settle on the Plateau, d. 14.6.1911 dropsy

SE - A.F. Arnoldi - Nakuru - July 1907
KFA - Another of the earliest Plateau settlers was Mr A.F. Arnoldi, who visited the van Bredas in 1905 and in the following year returned with his family. His wife and his two daughters, Marguerite and Josephine, were the first white women to live on the Uasin Gishu. Eight years later, their father was to raise Arnoldi's Scouts, to be mentioned in despatches and to be killed in action in German East Africa in December 1916.
Eldoret - Formed the Arnoldi Scouts, and Mr Hoey described him as a fine man who did wonderful war service. Mrs Arnoldi (Anna Barnard's grandmother), her two daughters and Mrs Loxton were the first white women to set foot on the Uasin Gishu Plateau. They came from Nakuru where they had settled temporarily and with Mr Frans Arnoldi wanted to see what the Plateau was like. They could not settle there then on account of the Nandi rebellion. Of course, they trekked up by ox wagon. .... A.C. Hoey says - "A fine man was Arnoldi, who afterwards in WW1 formed 'Arnoldi Scouts' and did a wonderful war service and who, I believe, was killed in action."
Curtis - p. 96 - Uasin Gishu - '..... A few adventurous white settlers - three Van Breda brothers from South Africa, F.A. Arnoldi, Cecil Hoey and Paul Chapman were among them - began simple farming operations, far from markets or permanent settlements, in the first years of the century
Land - A.F. Arnoldi leased 5353 acres at Uasin Gishu later sub-divided
Web - Anne Lehmkuhl - The first Dutch Reformed (NGK) church in Kenya, was founded in 1908, in the Arnoldi's house. The Arnoldi family lived at the foot of the Menengai Crater, just outside Nakuru. They called their church the Vergenoeg (meaning far enough!) congregation. In 1916 the church had 200 members.
Agricultural Journal 1908 - 'Rapid Allotment of farms in the Uasin-Guishu' by Major Smith, RE. - …….20 January 1908 - Mr Arnoldi's waggon with about 8,000 lbs of food for porters etc. was despatched from Nakuru. Ten days were allowed for him to reach the edge of the forest where the track to Mr Van Breda's farm diverges from the Sclater Road after crossing the Mau. It was anticipated that he would have to take double journeys between Ravine station and the edge of the forest. He did not exactly carry out his orders so that a certain number of days had to be deducted from his period of serving us.
Gazette - 7/4/15 - Liable for Jury service, Uasin Gishu Plateau - A.F. Arnoldi, Farm No. 75
Gazette - 23/9/1914 - Appt. - Captain (temporary) KAR - A.F. Arnoldi, EAMR
North - Staying at 'The Africa Hotel' Mombasa with son 19-8-1905
Medals - Belfield's Scouts - A.F. Arnold, EAMR, Major now Commander
Medals - Belfield's Scouts - Anne F. Arnoldi, EAMR, Captain
Red Book 1912 - A.F. Arnoldi - Uasin Gishu
Gazette 17/1/1917 - Probate and Administration in respect of the estate of Ann Frans Arnoldi who died at Maktau on 8/12/1915. Applied for by Frank John Arnoldi of Farm 75, Uasin Gishu
EAMR - D Sqdn - 7/8/14 - 21/1/15 Capt. 10/8/14; to EATC.
CWGC - Major, Belfields Scouts who died on Wednesday, 8th December 1915, Voi Cemetery, Grave Ref. V.B.4
KFR - The late Mrs Arnoldi and her 2 daughters were the first European women to set foot on the Plateau.
Major Arnoldi was killed in action during the war, his daughter Marguerite died recently after 32 years residence in Kenya and Josephine has returned to South Africa. Their mother died on the Plateau