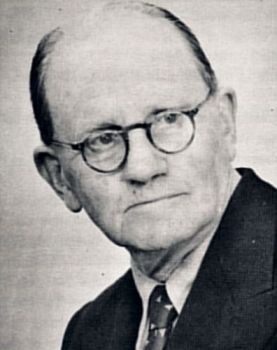 Profession: Having become a solicitor in England in 1910 he was then an advocate in Nairobi until 1916 when he joined the KAR. He was invalided out in 1917 and became a plantation manager near Thika moving to Kitamaiyu Estate in 1919 and giving up law until 1935.

War Service: Joined KAR in 1916 as Battalion Quartermaster. Invalided out in 1917

Chairman of the Land Settlement Committee 1920-30, appointed a QC in 1955, he retired in 1959. President of Ruiru Sports Club in 1925
White Man - 1922 deputation to England - Chairman of the Convention of Associations.
KAD 1922 - Committee Member, Ruiru Farmers' Association
Red 25 - Chairman, Kenya Land Settlement Advisory Board; Vice-President, The Coffee Planters' Union of Kenya & EA; President, Ruiru Farmers' Association
Red 25 - Solicitor and Coffee Planter. Served in KAR, Chairman Convention of Associations,
Red 22 - Chairman, Convention of Associations
Red 22 - Vice-President, The Coffee Planters' Union of Kenya
Kiambu Scrapbook - St. Michael and All Angels Church, Ruiru - The first child baptised in the new church [1933?] was Anthony Archer son of Mr & Mrs Kenneth Archer. Mr Archer was the Hon. Legal Adviser to the League for many years, and his wife a member of the League since 1927.
Kiambu Scrapbook - Founder member of Ruiru Sports Club in 1921 - Kenneth Archer
Kiambu Scrapbook - RMA - Kitamaiyu Estate where my husband was Manager adjoins the Native Reserve and when the Africans heard I was a "doctor", in other words a trained nurse, they really came in hundreds. There were no dispensaries in those days (1927), the nearest hospital being the Government one at Kiambu; nor were there buses, so Africans had to walk there, or, if seriously ill, were taken by car by their employer. My husband built me a large rondavel as a dispensary and I often had as many as a hundred patients in one day. In those days the cases were usually dysentry, children's burns, yaws, pneumonia, snake bites, cuts and injuries from fighting between drunken old men; the young men never drank. …….. (more) Barnes - St. Mary's Church, Kabete Cemetery - Charles Kenneth Archer, born 14 Feb 1886, died 26 Mar 1965, Nairobi aged 79 after 50 years in Kenya; AND Ruth Maude Archer, 30/9/1900 Canil Spain, 1/7/1971 Nairobi after 44 years in Kenya Richardson 1925 - "Turning off the main road at 41.7 miles from Fort Hall we searched for and finally found at 5720 feet and 9 miles east of the road, the Kitamaiyo plantation of Mr Kenneth Archer, who till lately has been Chairman of the Convention of Associations; an association of all the white interests. He has been 11 years in the Colony and has 640 acres here, of which 300 are under coffee, part of which is producing now the phenomenal crop of a ton per acre the average being 1/3 ton. …… His opinion on the subject of missionaries is that generally held everywhere except by our theorists at home. He gave me a great deal of very interesting information about native customs, land tenure, infant mortality and population as also views on education. Natives are children and want to be treated as such; they require vocational training but have no need for reading and writing which only makes them lazy and seditious …….."
Nairobi Club - Honorary Life Member Gazette - 29/10/1919 - Register of Voters - Ukamba Area - Charles Kenneth Archer - Planter, Kitamaiyu, late of Ilula, Thika
Gazette 6 Dec 1938 Kiambu Voters List
Barnes St Mary's church Kabete Charles Kenneth Archer QC b. 14 Feb 1886 died 26 Mar 1965. Wife also buried there.
Gazette 18 Jan 1965 probate
Gazette 23 July 1971 wife's probate