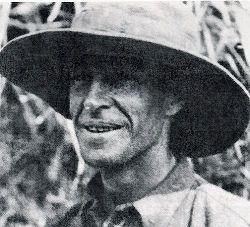 Profession: Known throughout EA as 'Pat', he was a sawmiller, farmer and professional hunter, in which capacity he accompanied the Duke and Duchess of York on their honeymoon safari in the NFD. He also farmed a large cattle & sheep estate at Nanyuki