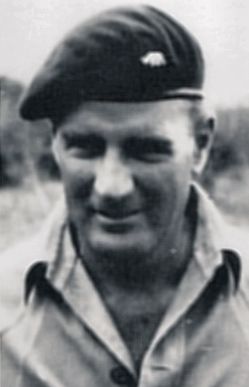 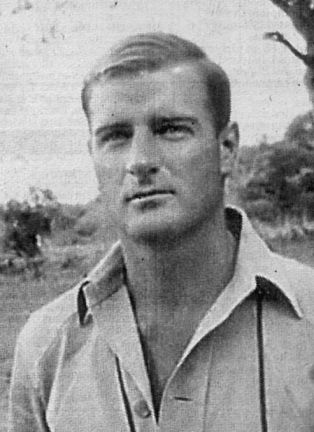 Sundown - Peter Jenkins came of an old family of Kenya settlers. His grandfather had trekked up from S. Africa and settled in the Mara country near Narok. Later the family had moved to a farm near Gilgil. Peter was brought up there with his 3 sisters, Daphne, Sheila and Betty.
Women in Kenya - 3/2001 - Peter Jenkins, the eldest child and only son of Bryan and Marge Jenkins, was born in Sister Johnstone's nursing home in Gilgil. That Gilgil had a nursing home and fully-fledged midwife in 1930 recalls a long lost confidence in the future which prevailed in those days. The Great Depression was setting in and times were hard. Consequently the children had to make do with what was to hand and entertain themselves. Peter's great companion was his sister Sheila, only seventeen months his junior. Of the two Peter was the more reserved, and let Sheila do the leading. This suited her and her only recollection of strain on their close relationship was when Peter was given two pairs of boxing gloves. As his sparring partner, she found there were limits to being a tomboy. Peter's schooling, briefly Greensteds, then Nakuru School, followed by the Prince of Wales, was remembered more for the age it took to get through than anything else. Thanks to his mother, Peter spoke and wrote English with above average competence. His real interests were the outdoors and hunting.
In 1942, Bryan Jenkins was contracted by the Game Department to cull game in Masailand to both provide meat for the War Supplies Board, and reduce overall game numbers. Peter's school holidays were spent helping his father and when he left school in 1947, he had wildlife experience far beyond his years, and had largely satiated any wish to hunt professionally for a living. This experience gave him an edge over all the competition, when he and Billy Woodley were selected in April 1948, as the first Junior Assistant Wardens taken on by the (then) Royal National Parks of Kenya.
Peter's career in the National Parks spanned nearly forty-three years between 1948 and 1991 and was only interrupted by military service during the Mau Mau rebellion. Working his way through the hierarchy, he became the Warden of Meru, collected an MBE and then stayed on as an Advisor sponsored by the British Government, until his retirement. Peter's performance as a Warden will be recognised in literature in due course: it is too long to detail in an obituary. Suffice it that his mentor and severest critic - David Sheldrick - said that Meru was the best-run park in Africa bar none - including Sheldrick's own Tsavo East. Yet there were bad times ahead, and Peter was to see Meru ravaged by poachers and the organisation he so carefully put together brought to ruin. Twice after being promoted away from Meru, he had to be brought back to put the pieces together again. Many lesser men would have thrown in the towel. However, of his multiple contributions to conservation, that which he rated highest was perceiving, long before others, that the only certain way of saving black rhino was through confinement in small, heavily guarded sanctuaries and then getting the idea accepted.
Peter Jenkins was an unusual personality. He was basically shy and consistently underestimated his own worth and competence. He was a congenital pessimist, but with a sharp and droll sense of humour that matched that of his great friend, Myles Turner. He was a perfectionist. Whether taking photographs, setting out a camp or keeping a ledger: everything had to be just so. He was generous of his time and information to those who sought his help. In his own eyes, Peter's greatest achievement was the family he created with his wife Sarah. It gave him more satisfaction than anything else in a remarkable career. The last of the original Tsavo gang, Jenks ('Chuma' to some, less reverently 'Jerricans' to others in KWS) is gone now and the last two years of rising discomfort, stoically borne, are over. He will be sorely missed by family, sisters Sheila, Daphne and Betty, and a wide circle of friends. In the wake of a contemporary's passing, it is in the order of things to wonder upon the quality of his or her life. Did the individual 'contribute'? In Peter's case, unquestionably. Will we miss him? We surely will. Our lives were the better for his friendship. And where Sarah, Siana and Jonnie, Mark and Claire and the grandchildren are concerned, as the sadness of losing him wanes, much of it will be replaced with pride that they are members of Peter Jenkins' team. - Ian Parker
Sundown 1948 - Warden in Tsavo National Park. One of the first men to join the National Parks service when it was set up in 1947.