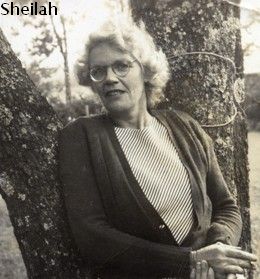 East Africa & Rhodesia - 11/12/52 - Colonel William John Stewart Oates, OBE, MC, MIMM, who has died in Eldoret, Kenya, at the age of 57, went to Kenya after service in the 1914-18 war with the 3th {sic} Duke of Cornwall's Light Infantry and in the Indian Army.
He worked as a sub-contractor on the Uasin Gishu Railway construction from 1921 until 1925, when he acquired a farm in the Kipkabus district. He engaged in mining in Uganda in 1928-29, and Kakamega in 1931-34, in the Lolgorien area from 1934-37, and at Kitere in 1937-39.
At the outbreak of war in 1939 he raised and commanded the 1st Field Company of the East African Engineers, becoming CRE, 12th Division, in 1943 and Chief Engineer, East Africa Command, seven years later. He was managing director of Kenya Consolidated Gold Fields Ltd.
EA Stud Book 1954 - Cattle - Jerseys - Mrs W.J.S. Oates, Penstraze Farm, Kipkabus
Racing - Owner of 'Tremillion' by 'Musk Million' - 'Belle' - 1929
Hut - 1922 - Partner J.L. Riddoch
Obituary - Kenya Weekly News - 5 Dec 1952, p.61
Tom Lawrence - John Oates named the farm after Penstraze, a hamlet in W. Cornwall. The farm had Jerseys. Had a manager ?Gray. John was a fantastic person, very kind, used to have most of the district over for drinks on Christmas morning. There was a swimming pool in his garden which leaked so much, on account of an earthquake causing its concrete frame to crack, that it never had much water in it. His daughter Dinah married Paddy Rattray, April married David Broatch and Jennifer married Gerald Luckhurst. John, shortly before his untimely death, married Penny (Pen) Wickham, Paddy Rattray's sister. Pen moved in with her 2 young daughters Jay and Day. Pen ran the farm after John's death until she married Face Upson. Paddy and Dinah then took over the farm where they lived with their 4 sons James, Rullion, Hugh and David. The house was well known for the tame? mongooses which ran around and appeared out of every armchair. Dinah was an ex nurse and was a great help to any one of any race in the district who need medical help, this included dogs etc. Their house was burnt down in about 1960? With the loss of many valuable and not replaceable memorabilia from the family regiment the Rattray Sikhs. The farm was sold in the early 60's and Paddy after a short time at Egerton College as farm manager then worked in Kent before retiring to Scotland. Dinah became a lecturer in nursing and was instrumental in setting up a degree course in nursing for Aberdeen University. The 4 sons are a successful, happily married and living in the UK. Paddy died in 1994 and Dinah in 2019.
Gazette 6 Dec 1938 Uasin Gishu Voters Roll  has Sheelah as wife
Gazette 30 June 1953 probate