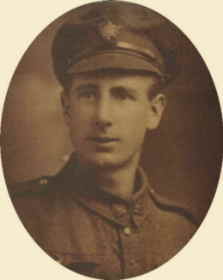 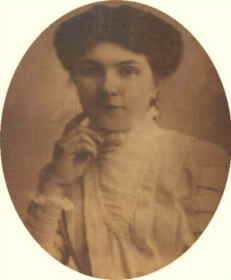 Red 22 - S. Anderson, Kiambu
Nairobi Forest Road Cemetery - Rev Samuel Anderson, British, age 82, died 22/1/72 Dow - Rift Valley Academy - the Andersons came to the school as a pair of latter-day-Jonahs. Being forced to work  in a capacity for which they were ill prepared served to exaggerate the emotional instability and tyrannical tendencies lying dormant in the couple. To begin with, contemporaries had real questions about Mrs Anderson's psychological stability. One student from the time politely concluded that, "Mrs Anderson did not appear completely normal". Mr Anderson compensated for any appearance of vulnerability with an authoritarianism straight out of a Dickens novel. Corporal punishment, already used at RVA, became all too common for any number of major or minor infractions ……….. The Andersons' social problems spilled over into their relationships with their fellow staff members. The school board minutes of September 24, 1928 reveal a fierce and often petty struggle for control of the school between the Andersons and the outstanding British teacher Miss Perrott. It is evident from the minutes that Mr Anderson had been treating the school as his own private kingdom with its limited resources such as the school's newspaper being retained by Anderson for his personal use. Duties that he saw as an inconvenience, such as teaching first aid classes or planning the school's recreational time, he outright refused to do. Finally Anderson tried to give his wife positions which had already been offered by the mission to others. In one such case he inexplicably removed Miss Perrott from her Sunday School duties and replaced her with his wife. When confronted by the board concerning negligence towards his responsibilities at the school, Anderson claimed his personal need to study Swahili needed to take precedence. In adition he argued that his duty to attend to his wife's "condition" did not allow him to carry out his menial tasks at RVA - although these things did not infringe upon his ability to administer the school. In a judgement that reflects both the wisdom of the school board and its confidence in Miss Perrott, the board used Mr Anderson's words to take away from him control  over the school's workings. Using language dripping with irony, the board insisted that due to his wife's condition, Mr Anderson should not do anything beyond the very tasks he had previously deemed beneath him. As if to pour salt into the wound, Anderson was asked to conclude the meeting by leading the prayer. Three months later the Andersons were "relieved" of all their duties at the school.
Hut has S. Andersen 1930 Kiambu and 1931 AIM Kijabe
Gazette 28 May 1972 probate