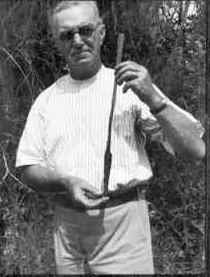 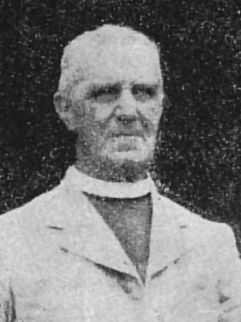 Profession: For first ten years he served at various mission stations in Uganda. In 1918 was transferred by CMS to Kavirondo

A man of strong feelings and strong character, has been described as 'in a class of his own among EA missionaries'.
Barnes Limuru cem  Walter Edwin Owen / Archdeacon of Kavirondo / 1918 - 1945 / died 18th September 1945 / a soldier of Christ
Joelson - 1928 - Kavirondo - .... The Kavirondo Taxpayers' Welfare Ass. is a native organisation founded by Archdeacon W.E. Owen.
EAHB 1905 - at Bugoma, Unyoro
Red 25 - Chaplain to the Forces, GEA Campaign, 1916; Archdeacon of Kavirondo 1918
Curtis - p. 139 - 'Archdeacon Owen' - 'W.E. Owen came to EA as an Anglican missionary in 1904. His service was in Uganda until 1918, when he was appointed to Western Kenya. During his time as Archdeacon of Kavirondo, until his death in 1945, he became widely known as a staunch supporter of those, especially Africans, whom he considered to be victims of injustice. He was far from being an agressive man. On the contrary, visitors to the mission where he lived at Ng'iya, in Luo country 40 miles north-west of Kisumu, were impressed as much by his charm and friendliness as by his energy. He used frequently to take services for the European community in Kisumu as well as travelling widely round his area of church responsibility. His hobby was archaeology, and he had considerable flair in finding sites of interest ....….
But it was as a champion of the badly treated that he was famous. Chief Secretaries, newspaper editors, even Governors never knew when a broadside from Owen would be waiting on their desks, well researched and forcibly expressed ..... [example]
After Owen died a monument in the suitable form of a granite monolith was erected at Kisumu in his memory. In the course of his address at the unveiling, John Riddoch commented, 'It is interesting to reflect that today, only 6 years after his death, most of the ideas advocated by Archdeacon Owen are taken for granted and are even considered to be almost commonplace.'
Drumkey 1909 - CMS Uganda - Mbarara
CMS  - 1904 - Age 25. Of St. Barnabas's Belfast. Assistant Sec. in CMS Office, Belfast. Born at Birmingham. 1901 CM Coll.; 1904 1st Cl. Oxf. and Camb. Prelim. Theol. Exam; April 19 Accepted as Missionary CMS; May 29 Deacon by Bp. Lond. and 1905 June 18 Priest by Bp. Uganda. 1904 Sept 17 Depart for Uganda Mission - Bunyoro - Bugoma. Brother of John Simpson Owen CMS Missionary to W. Eq. Africa
Nicholls - an outspoken opponent of white settlement as well as a thorn in the flesh of his own colleagues. Owen was loathed by C.M. Dobbs, PC of Nyanza, who reckoned he put words into the mouths of Africans.
Medals - East African Ecclesiastical Department - Acting Chaplain
Foster - He was at Maseno 1922-35 and at Ng'iya from 1935 until he died on 18 September 1945 aged 66. In 1923 he founded the Kavirondo Taxpayers Welfare Association. He helped out at Kisumu Chaplaincy. He resigned his Archdeaconry in 1945. His wife died in 1954; she was remarkable for the way she understood and helped to cope with the awakening needs of African women and for the outstandingly successful relationship she had with the younger members of CMS in Kenya.
Barnes - Limuru Cemetery - Walter Edwin Owen, Archdeacon of Kavirondo, 1918 [sic] - 1945, died 18 Sep 1945 - a soldier of Christ
Anderson Church - While many missionaries kept away from African politics, in western Kenya something very different happened. This was due to an exceptional missionary, Archdeacon Owen of the CMS. In 1920, when Kenya was declared a Colony, Maseno students went on strike. Owen called in a government official, who explained that only the 'white highlands' was a colony. Owen publicly corrected the official. All Kenya is a colony, he stated. Owen was not afraid to tell the truth. …………
Gazette - 12/11/1919 - Register of Voters - Lake Area - Walter Edwin Owen - Missionary - Butere and Mrs Lucy Olive Owen - Married - Butere
UK Foreign and Overseas Registers for 2nd marriage