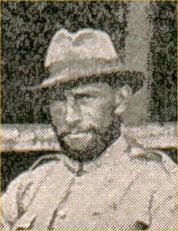 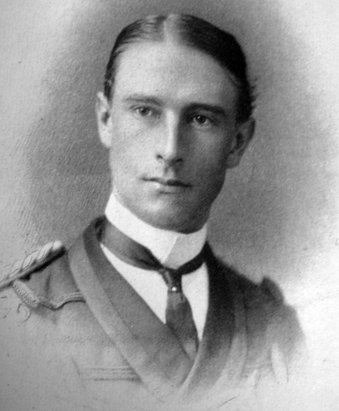 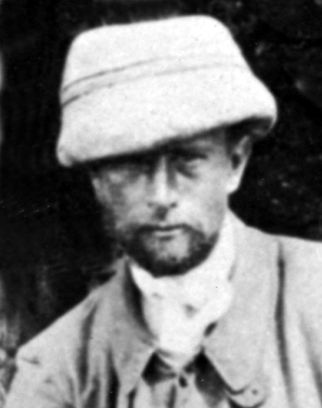 Profession: Accompanied Sir Gerald Portal on his special mission to Uganda to report on the state of affairs there in 1893

School: Private school at Malvern, Eton, and with a tutor

He won great renown as a rider of steeplechases.Won the Grand National in 1893.
North - Appt. member of the Sir G. Portal "Special British Mission" to Uganda; appt. Commander of Sudanese troops when they were taken on by UP 15/4/1893; Salt Lake Fort (Fort de Winton) Southern Unyoro July 1893; arr. Hoima 1/1/1894; dep. Zanzibar for England 11/5/1894
Uganda Journal - Vol 21 - Roddy Owen's Grave by P.L.Shinnie - ……A small fort was built on top of a hill overlooking the wells and Owen was placed in command of it in the summer of 1896. ………. Here Owen died of cholera on 11 July 1896 and was buried about a quarter of a mile to the south east of the fort and only a few yards from the road.
DSO - began his riding career by winning the Duke of Beaufort's Blue Coat Race at Dauntsey on the late Mr E. Chaplin's Holland. He entered the Army through the Militia, receiving on 3rd March 1875, a commission in the 2nd Battn South Devon Infantry Militia (11th Foot). On 11th Sept. 1876, he was transferred to the 1st Battn. of the 20th (East Devonshire) Regt., which in 1881, became known as the Lancashire Fusiliers. He joined his new regiment at Halifax Nova Scotia. He shot in the Rocky Mountains; came home on leave in 1878, kept a few horses (which were trained by his elder brother Hugh at Cirencester), and rode some races. In 1879 his regiment was stationed at Malta, and in 1881 Roddy hunted to his heart's content, and won many important races. In 1883 he was stationed at Mhow in India, and in March 1884, was attached to the Staff of the Viceroy, Lord Ripon, as Extra ADC. He became well known on all the racecourses in Bengal. In Aug 1884, at the age of 28, he was promoted to Captain, and returned to Ireland, where he migrated from the staff of Lord Ripon to that of Lord Spencer, Lord Lieutenant of Ireland. He won the great Sandown Steeplechase in 1884, and in two successive years he rode the winning mount in the Sandown Grand Prize. Twice he won the great Sandown Steeplechase on the same horse, Kilworth. In 1899 he had the highest average of wins among gentlemen riders for the year. In 1889 and 1900 [sic] he was ADC to General Sir Evelyn Wood at Aldershot.. In 1891 he was selected for the Mounted Infantry Regt. at Aldershot, which had been raised and was then commanded by Colonel Hutton. In 1892 he steered Father O'Flynn to victory in the Grand National, and directly after the race he took the train to London, applied at the War Office for active service, and served as Chief of the Staff to General Sir Francis Scott, Inspector-General of the Gold Coast Constabulary; commanded the expedition against Zebus in West Africa, and left England for Lagos. In 1892 he served with Sir Gerald Portal's mission in Uganda. He was chosen as Commandant of the Equatorial Provinces of Toro and Unyoro, 1893-4, during which time he quelled single-handed a Moslem revolt of a critical nature. He was then entrusted with the important mission of planting the British flag under circumstances of extreme difficulty at Wadelai, thus safeguarding the upper reaches of the Nile for Great Britain. He received the African Medal, 1892, the Brilliant Star of Zanzibar, and was created a Companion of the Distinguished Service Order (London Gazette, 4/1/1895) - In recognition of services against the Zebus in 1892, and during the recent operations in Central Africa. …… In the summer of 1894 he was home on leave, and in Jan 1905 sailed for India to join his regiment at Quetta. He became Official Correspondent of the "Westminster Gazette"during the North West Frontier Campaign, and being attached to the King's Own Scottish Borderers, took part in their well-known charge. He and Colonel Sir Younghusband were the first to enter the Fort of Chitral, after a 40 mile ride in a hostile country, in advance of the Relief Force. Major Owen travelled in the Pamirs; joined the Sudan Expedition, receiving the Medal and the Firket Medal. In the endeavour to stamp out cholera at Ambigol Wells, where he was Commandant, he contracted illness and died there. The Arabs, who loved him, placed circles of white stones round his grave. A Memoir of him has been written by his sister, Lady Owen-Mackenzie.
Eton - Won Grand National 1893
Lloyd-Jones - Hoisted the Union Jack at Wadelai in 1893.