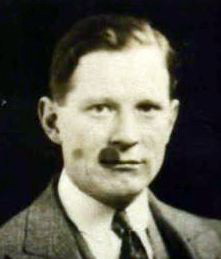 Racing - Owner of 'Neptune' - Winner of the Sir Ali Bin Salim Cup in 1929
Burke - MD Newmarket Bloodstock Ltd. 1946-75
Rift Valley - Member of the Rift Valley Sports Club - Jan 1929 - Elected - 25 May 1926 - Hon. R.F. Watson
Royal Aero Club Aviator's Certificate, Heston 23.3.1935
Peter Chantier (grandson) There is a photograph of them in their wedding clothes published in "The Sketch", 18 July 1928, stating "married in Nairobi Cathedral". He had been in Kenya for some time before that, recovering in the fresh highland air of Kenya from a lung removed due to TB, and suffered the indignity of having an engagement broken off by his fiancée Beryl Cluttrerbuck (later Markham), the Colony's "Golden Girl", to whom he had become engaged in March 1927. The story is related in  Lovell, Mary S., Straight on till Morning, the Life of Beryl Markham. He married my grandmother "on the rebound" after she stopped-off in Kenya returning to England from Australia. They left Kenya before 1932 and settled in Sandwich, Kent.