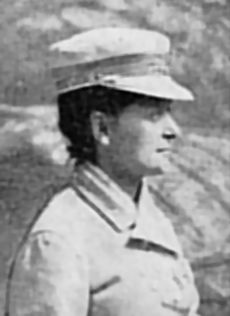 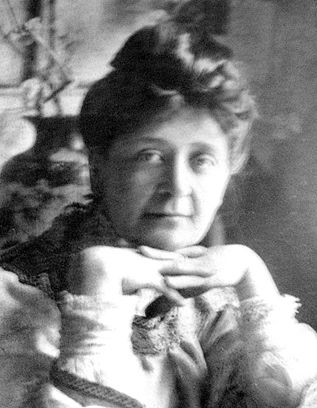 Treated by Dr. E. J. Baxter at Taveta 1891
Into Africa - She was rather tall for a woman, but what people noticed first about her were her luminous eyes. Enlarged now by anger and tension, they burned in her oval face. The African rain pelted down, soaking her grey travelling dress, whose skirts were already heavy with the mud of walking. She held a pistol in each hand. She was 50 miles out from Mombasa, and she was facing a rebellion of her Zanzibari porters. "The leaders wheeled around, halting the line of porters following, pitched their loads in wild disorder upon the ground, saying I did not know the road, and refused to budge, and as the porters in the rear kept coming up they were inclined to manifest the same spirit. The minor headmen made futile attempts to rally the men ….. All to no effect.
Hamidi, my factotum, was in the rear far away; and Josefe, my interpreter, was simply guyed and scoffed at for every order he issued from me." She did one of those things, irrational and wild, that save or lose the moment. A vulture started from a tree. She raised one pistol, fired - and the vulture fell to the ground. "I started through the centre of the rebellious throng, pointing first one then the other pistol in quick succession at the heads of the men, threatening, and fully prepared, determined, and justified to shoot the first dissenter. As with unflinching, angry eyes fixed upon them, I exclaimed, 'Get up! Take your load! One! Two! Th---!' and before the three was pronounced the man addressed was on his feet, grasping his discarded load.
After half a dozen men were thus warned, and the entire throng revealed uneasiness and were stirring, I turned upon them and said, 'Every man who is not on his feet with his load on his head, when I count three, I will shoot!' They knew I would. Her name was May (Mary) French Sheldon. The year was 1891 ……. Had trained as a doctor but had never practised ……. Friendship with Stanley and his protégé of the Emin Pasha expedition, the dashing Herbert Ward. A brief biography said that she undertook the safari 'to study [African] women and children in their primitive state', but the reason she gave in London in 1890 was that she wanted to gather background for a novel. ……. Later she would be praised for her ethnological findings; she would be admitted to the Royal Geographical Society; …… [more]
Wikipedia Sheldon is noted as a translator of Flaubert's Salammbô, and was the author of papers and essays. As a writer, Sheldon wrote a number of novels, short stories, and essays. She acquired fame for an expedition. In 1891, inspired by the activities of Henry Morton Stanley, who was a family friend, she left London for Africa. She obtained assistance from African peoples as she explored around Lake Chala. Her journey from Mombassa to Mount Kilimanjaro caused a sensation because she was not accompanied by a white companion (although she was hardly unaccompanied - she had 150 Zanzibari porters and guides). She returned with ethnographic materials, wrote on her experience, and undertook a lecture tour.

French Sheldon received multiple awards for her exhibition at the World's Columbian Exposition, and was appointed membership in societies such as the Writer's Club and the Anthropological Society of Washington. She was made a fellow of the Royal Geographical Society, among the first fifteen women to receive this honour, in November 1892.