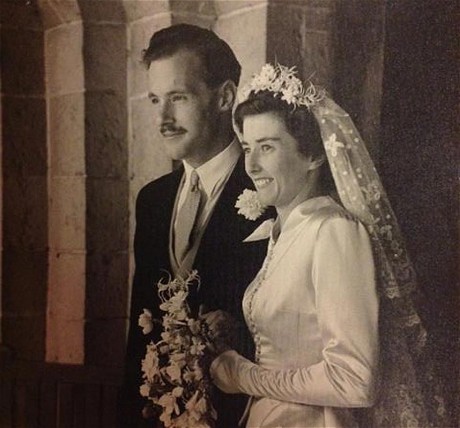 Staff 53 - DO Thika, appointed Admin Cadet 27-11-1942
Daily Telegraph 26 Feb 2014 Robert Winser , who has died aged 91, was the senior district commissioner responsible for trying to persuade the Somalis living in northern Kenya to support the independent government of Jomo Kenyatta when Britain handed over control in 1964.
The Somalis roamed the 36,000 square miles of the colony’s Northern Frontier District while regarding Kenyatta’s Kikuyu as a slave people. Even today many dream that their rightful place should be in an expanded Somalia .
Winser had a pleasant manner and enjoyed the advantage of having earlier served in the district during the Second World War. With opposition to Kenyatta so pronounced that some district officers thought that wide areas should be ceded to a Greater Somalia, Kenyatta asked for Winser to be posted back there.
Tensions ran high. Two commissioners were murdered. Winser was told that he was on a “death list”, and had to be attended by a large armed escort of red-turbaned Somali police. On arriving at a baraza of chiefs sitting in a circle under a tree with their women ululating from the back, he would first receive the traditional greeting: “Is it peace?” before being offered tea. He would then assure his hostile audience that he was not going to hand them over to the Kikuyu, and that there was a place for them in the new Kenya. But the Somalis never really agreed, and violence continued for a further 10 years.
The son of a clergyman, Robert Stephen Winser was born on Boxing Day 1921 and educated at Bradfield, where he won the long dormant fly-fishing cup on the river Pang, which runs through school grounds. He then read PPE at Corpus Christi, Oxford. Two of his brothers were killed in action in the Second World War, while Bobby won the Sword of Honour at Sandhurst.
He joined the Colonial Service on the understanding that he would be called to serve with the King’s African Rifles. The voyage to join his regiment took six months, during which Winser was in a vessel that was sunk. Afterwards he found that, because he had paid his bar bills in cash, he was worse off than fellow survivors, whose chits had been lost with ship.
n arriving in Kenya in 1943 he was soon appointed district officer at Garissa, 250 miles from his nearest superior. Much of his time was spent in tribal peacekeeping and persuading Somali chiefs to encourage their men to dig waterholes, which they considered beneath their dignity. As independence drew near he appointed the African chairman of Bungoma County Council.
After staying on for a year following Independence, Winser returned home with his wife, Anne Carrick, a nurse he had met at a Nairobi cricket match, with their son and daughter. He was first offered the post of public relations officer for the British Standards Institute but turned it down, saying that his only experience was of promoting unpopular standards under a mango tree. Instead he became its consumer ombudsman, helping to introduce the kite mark as an international standard for manufactured goods. He later became deputy mayor of Hungerford and did consultancy work in Fiji, Sudan and the United Arab Emirates.
After his wife died in 2004 he was looked after by two nieces, then by a Zulu lady who filled the house with Xhosa clicks, prayers and laughter.