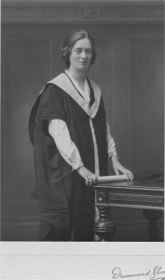 East Africa & Rhodesia - 2/2/56 & 9/2/56 - Major Francis Fitzgerald White, who has died in Uganda, served in France in the 1914-18 war and then in East Africa with the KAR from which he retired in order to start prospecting and white hunting [in Tanganyika with George Nestle and Alan Montague]. He took part in the fighting in Somaliland in 1940, and continued to serve until the end of the last war, after which he joined the PWD in Uganda. "Gerry" White was widely known and liked in Kenya, Uganda, and Tanganyika.