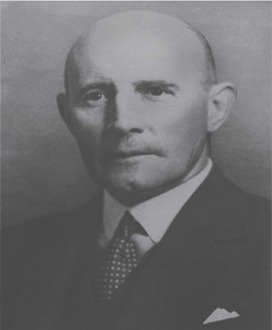 Drumkey 1909 - Medical Dept. - Temporary Medical Officer, Usoga
Knighted 1934
Sudan Journal of Paediatrics 2012, 12 (2), 77-80: Robert George Archibald was born in India on July 4, 1880. He graduated from Edinburgh with M.B., Ch.B. in 1902. After holding a number of resident hospital appointments in Britain, he joined the R.A.M.C. in 1906 winning the prize in pathology at the Army Medical College at Milbank in that year. He worked for one year in Colonel (later Sir) William Leishman’s laboratory under his personal supervision. In 1907 he joined the Sleeping Sickness Commission in Uganda headed by Colonel (later Sir) David Bruce. After spending an eventful period in Uganda, he was transferred to Sudan in 1908 as regimental medical officer and at the same time he held the post of Assistant Bacteriologist and Pathologist in the Wellcome Tropical Research Laboratories in Khartoum (WTRLK) under Andrew Balfour. Balfour found in Archibald a hard-working and capable scientist who assisted him in the laboratory work and in producing the voluminous “Reviews”. Archibald had a pleasant and friendly character. He extended his friendship to Sudanese staff in the laboratory as well as to British officials, who held him in great respect. Early in his career he travelled extensively in the Sudan, learnt Arabic, acquired insight into the Sudanese people and developed a strong attachment to this country.  In 1920, Robert Archibald succeeded Chalmers as director of the Wellcome Tropical Research Laboratories in Khartoum. By this time, the laboratories were already placed in the forefront of tropical disease research at the international level. In the Sudan the laboratories assumed a leading role in the post-war economic development. The directorship of Archibald was characterized by immense activity, rapid expansion of the laboratory services to cover the whole country, and close collaboration with other government departments in research. These achievements were attributed to a great extent to the personal and professional qualities of Robert Archibald who led the laboratories in their last and most fruitful years, 1920 to 1934. The work of Archibald was recognized by a knighthood conferred on him in 1934, being the only doctor to receive the accolade while still in the Sudan service.
In 1936 he left for the West Indies where he took charge of a leper settlement in Trinidad. At the beginning of the second world war he returned to Dorset and worked as pathologist and consultant in tropical medicine. In 1947 he joined King Farouk University in Egypt as Professor of Bacteriology, becoming also Professor of Parasitology in 1949. He died suddenly at the age of 72 while on a visit to Salisbury, Southern Rhodesia.