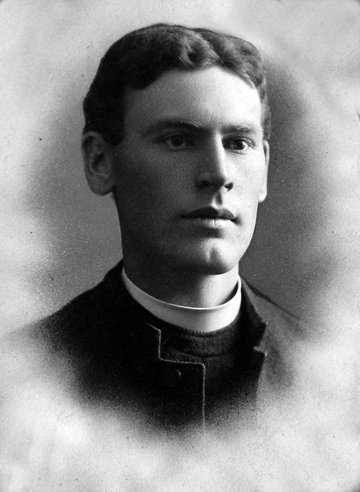 War Service: Interned along with other British subjects, suffered for over 2 years

Worked as a missionary, mostly in Ugogo country, GEA. A man of sterling character, impressive presence, and good humour, he was a fine linguist, and exercised exceptional influence on the tribe whose customs he closely studied.
During WW1 he was charged with being a spy and with having employed African adherents of the Mission to get through German Lines and contact the British Forces. Eventually released but health so undermined that he could not remain in Africa
North - CMS GEA - Schoolteacher, formerly with mission in South America; aged 29 dep. for EA 11/3/1902; Mpwapwa GEA
CMS - 1902 - Age 29. Canadian CMS. Born in Ontario. School Teacher. 1896 Deacon and 1897 Dec 21 Priest by Bp. Huron. 1896-7 Incumbent of Comber, Ont. 1898-1901 to Paraguayan Chaco under South American Missionary Society. 1902 Apr 1 Accepted by Canadian CMS recorded; Mar 11 Depart for E. Africa Mission - Mpapua. Married 1903 Oct 13 H.G.H. Malone
Foster - He was born in Ireland at Charlemond Moy Co. Armagh; arrived Kenya 1902; Married on 13 October 1903 to Henrita [sic] Georgina Humprey [sic] Malone a trained nurse and CMS worker; 1917 joined Kikuyu Mission Volunteers in the Carrier Corps as a Non-commissioned Officer while based at Kahuhia Mission Station.