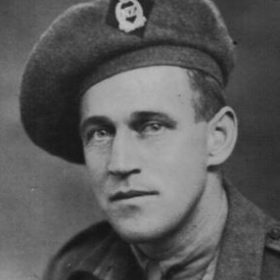 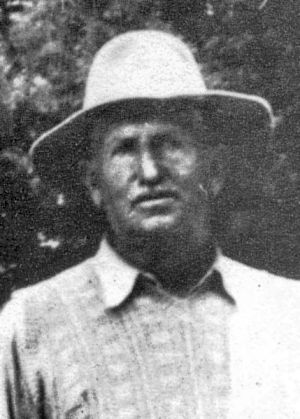 Gazette 4 Nov 1952 probate
Debrett - Major Australian Light Horse (Reserve of Officers); European War 1915-18 (despatches, DSO)
East Africa & Rhodesia - 4/9/52 - Major H.A.D. White, DSO, who has died in Rumuruti, went to Kenya from Australia in 1914 and served with the East African Mounted Rifles before joining the Australian Light Horse. A prominent cattle owner, he was concerned with the formation of the Stockowners' Conference, which later amalgamated with the Kenya National Farmers' Union.
A.G.D. White - " …tough, unconventional man who lived nearly all his life in the bush and who made his name as a soldier of great courage and with a manifest capacity for leadership. ………….. Except at the very beginning he never really made Curragilla his home. Indeed in those early days he was largely a man of no fixed abode, spending a lot of his time moving across country and camping on his three properties. He did not settle down until 1936 at Ndurumo. He never married again and was content to live a bachelor's life with little time or regard for family niceties. ……………….
Bob Spooner, who worked for Bert at Curragilla, Lesirko and Ndurumo in the 1930s and now has a property in Central Queensland, told me that life was very 'spartan' at Curragilla. There were no carpets or curtains, let alone pot plants or paintings. The standard meal was pumpkin, potato and steak. Occasionally they had roast beef. For desserts they had bread and plum jam.. When they were logging cedar at the back of Curragilla they would have their breakfast of pumpkin, potato and steak at 4.30 am and then head up on horseback to the hills to meet up with the oxen before they were inspanned. Despite the austerity of the lifestyle, Bob said he was happy. He did not have high expectations and liked pioneering life. ……………… As for Bert, he must sometimes have been a fairly wild man as there were numerous stories about his behaviour. One Kenyan told me that his father never got on the train at Naivasha until the Station Master had rung through to Gilgil to make sure that Major White was not also travelling. Apparently Bert's presence on the same train almost certainly shattered the peace or, conversely, as Harold told me, led to a party. In those days passengers heading for Nairobi got on at Gilgil at around midnight, reaching Nairobi at about 6 am the next morning. Gilgil Hotel was one of Bert's drinking holes, and it is said that when the Australians were in town the more cultured elements of society moved out. ………….. The old Laikipia identity, Ken Cunningham mentioned one occasion when spirits were high and Lady Colvile, the Proprietor of the Hotel and mother of the well-known rancher, Gilbert, told Bert that his behaviour was not that of an officer and a gentleman. Bert looked stunned and left sheepishly.
A.G.D. White - Bert {H.A.D. White} had a troublesome relationship with both the administration and his neighbours at Rumuruti. The latter feuded over grazing; Gerry Edwards took him to court, and Andrew Dykes was frightened of him. Until Bert died Andrew always carried a 'rungu' (cudgel) with him in case Bert had a crack at him. The administration was suspicious of him after the Vigilance Committee days and would sometimes send out an askari in plain clothes to check on him. But Bert always knew who they were as they forgot to take off their police sandals. He asked the Administration to keep off his property, and it was unfortunate that he later caught an askari in a leopard trap. …………….
Bert died at the Ndurumo homestead on 23 July 1952 following a bout of pneumonia. After his burial at Rumuruti cemetery the mourners retired to the homestead for a wake, assisted by ample supplies of liquor. Bob Spooner said that friends and foes joined together to remember the 'tough old rogue' and pay respect to a man who undoubtedly had a strong and independent personality. Bob felt that 'The Major' had lived the life he wanted.
Rift Valley - Member of the Rift Valley Sports Club - Jan 1929 - Elected - 12 Dec 1920 - Maj. H.A.D. White
Gazette - 3/12/1919 - Register of Voters - Rift Valley Area - Major H.A.D. White - Farmer - Gilgil
Web - Committee of Anzac Society newly formed in Nairobi 1932 - Major H.D. White
Gazette 6 Dec 1938 Aberdare Voters List