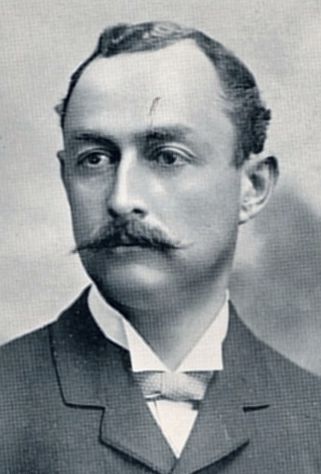 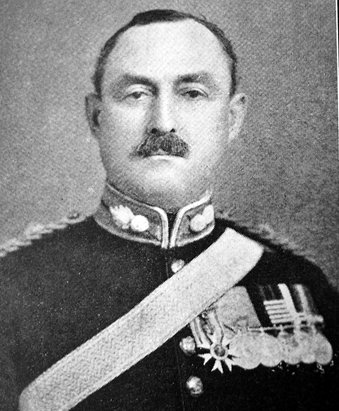 Profession: Appointed Administrator of Uganda under the IBEA Co.

Permanent Way - Lugard's second-in-command. Accused by French priests in Uganda of shooting down women.
Lloyd-Jones - 1890 - arrived in Kampala with 75 specially enlisted Sudanese, 100 Swahilis, and a Maxim gun to support Lugard.
Debrett - entered RA 1876, and became Col. 1907; retired 1908; served in Zulu Campaign 1879, in Uganda 1890-93 (medal), in Nile Expedition 1898 (despatches, Brevet Lieut.-Col.) in S. Africa 1900-1902 (despatches twice, CMG), and in Salonica 1915; was a Vice-Consul in Asia Minor 1895-97; is a JP for Hants.
Ashe - Whatever Captain Williams may have thought of Lugard's system of dealing with the Muhammedans, he himself had gained a good deal of influence over them. He was genial and pleasant in his bearing towards them, and at the same time absolutely fearless, and while paying little attention to mere rumours, he neglected no means of satisfying himself of the truth of reports which reached him on anything like good authority. Captain Williams' administration has been severely condemned in certain quarters, and to some extent, I believe justly; yet it must be remembered that he was not carrying out methods of his own conception, but rather those of his predecessor, who, even on his departure, left him with a very lengthy memorandum, detailing his plans for the future. Lugard, as he has mentioned, had also explained to Williams some forty or fifty matters of importance! ........ in the year 1893, after Captain Williams' departure .....…..'
North - seconded to IBEA Co. from British Army; arr. Mombasa 12/6/1890 with Sir Francis de Winton; arr. Kampala 31/1/1891; dep. Kampala for Bunyoro 8/4/1891, dep. for Kampala 14/5/1891; Company Administrator in Uganda after dep. of Capt. F. Lugard July 1892; dep. Uganda 1/4/1893 arr. Mombasa 23/6/1893
IBEA Co. - Nominal List of British Born Subjects resident in IBEA Territories outside the Sultan's Domain, 30 April 1891 - Capt. H. Williams, England, In charge Sudanese troops
Kiewiet - 1890 - Capt. W.H. Williams, RA, arrives with 75 Sudanese, 100 Swahilis [Uganda]
P.W. - With Lugard on his expedition to Uganda.
Tucker - 1892 - at the head of the Sudanese in Uganda.
EAHB 1905 - IBEA Co. General Africa Staff - appointed 22nd May 1890
Mills Railway - From June 1892 until March 1893, the spate of reports on Buganda, written by men in the country, diminished noticeably. Williams was a Captain in the Royal Artillery but his despatches were in the naval tradition of brevity. Another reason for the paucity of material is that he managed, except for one incident, to maintain peace. This was a remarkable achievement for one with no idea what the future might hold, either for him or the troubled country, when his commanding officer left Kampala for England.
Mills Railway - Portal's party included his brother Raymond and 6 other Europeans and with their arrival Williams was free to leave, the more so because his employers' twice extended term of office was about to expire. So this taciturn figure leaves the scene; if his efforts to preserve peace during the preceding 9 months had failed, Portal would have had an even more difficult task. He might have had to fight his way to Kampala instead of having an unobstructed passage and being greeted by 'cries of welcome'. Williams' part in the establishment of stable government in Uganda has perhaps never been adequately recognised.