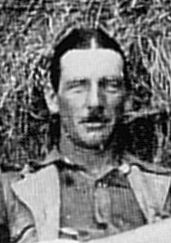 Profession: Appointed to the Colonial Medical Service, he served throughout WW1 and then in 1929 was transferred to Malaya. Later returned to EA, appointed Dir. of Medical Services and retired in 1934.

Author: 'Before the Dawn in Kenya', 'The Story of the East African Mounted Rifles'

After retirement he returned again to Kenya, he was elected a Member of LegCo (Native Interests) and later wrote a number of books about EA. Created CMG - 1939.  President of the Oxford & Cambridge Society - 1939
Havash - 1910? expedition to Uasin Gishu against the Elgeyo Marakwet re the murder of an old Boer - Wilson was the doctor.
KAD - 1922 - Senior Medical Officer
Debrett - formerly a MLC, Kenya; European War 1914-19 as Capt. EA Medical Service (despatches twice, MC)
Red 25 - Deputy P.M.O. 1923 - EAMR - Photo of Four of Headquarters Mess
East Africa & Rhodesia - 1/3/56 - Dr Christopher James ("Dan") Wilson …….. Was very popular with Kenyans of his generation. After leaving Cambridge, where he gained first class honours in science. He qualified MD at London Hospital. He went to the Royal Portsmouth Hospital and then became a surgeon in ships of the Royal Mail Line. After a spell as a medical officer on pioneer constructional work in South America he joined the Colonial Medical Service in East Africa in 1911, became MO of the East African Mounted Rifles of which he wrote the history. There was perhaps no more popular man in the unit than "Dan" Wilson who was awarded the Military Cross and twice mentioned in despatches during the campaign. Soon after the end of the war he became Deputy Principal Medical Officer in Kenya, and then in 1928 PMO in Malaya. From 1931 to 1934 he was DMS in the Strait Settlements. He then retired and settled in Kenya.
In 1937 he was nominated to the Legislature to represent African interests and appointed to the Executive Council. He took his duties seriously, keeping in close touch with Africans. Before he resigned in 1943 he had been made CMG. He wrote "Before the Dawn in Kenya" in 1953 and in the following year "Kenya's Warning", two frank books in which he pleaded for honest recognition of the basic truths of the situation, including in particular the fact, as he held it to be, that very few Africans in that country were yet competent to make a useful contribution to public affairs, and that to thrust political responsibility upon them prematurely was unfair to them and to Kenya.
Wilson was sharply critical of the failure of the Government to deal promptly and effectively with the outbreak of the Kikuyu rebellion, and because no notice appeared to be taken of his reiterated warnings he began to write regularly for a Nairobi weekly paper, which provided him with a platform for a series of sharp attacks, by no means least on some of the settler politicians and especially Mr Blundell. It was a sense of duty which induced him to undertake this self imposed task, for he was a most charitably-minded man with scrupulous standards and a deep love of Kenya. Mrs Wilson (née Grace Sinclair) survives him.
EAMR - Starter at Military Sports - Christmas 1915
Carman - The Medical Officer to this regiment [EAMR] was Dr C.J. Wilson who was in the EA Medical Service and was universally known as 'Dan' Wilson. He served right through the war and his task was not only adventurous, but also onerous, especially in the terminal stages of the campaign when the British forces had invaded German territory …… In 1928 Dan Wilson was promoted to be DMS Malaya
Gazette - 23/9/1914 - Appt. - To be Captain, East Africa Medical Service - Dr. C.J. Wilson
Foster - Member of Legco rep. African interests from 1935-43 succeeded by Beecher
Medals - East African Medical Corps - Temporary Captain
Barnes - St Mary's Church Kabete Cemetery - Dr Christopher James Wilson, CMG MC, beloved husband of Grace Wilson, who died on 8 Feb 1956 aged 76
Soldier Settlement Scheme after WW1 - Class B - Capt. C.J. Wilson, MC, Enborne Cottage, Seaford, Sussex - Farm 1070
Rugby - Rugby Football Union of Kenya - President 1928
Rift Valley - Member of the Rift Valley Sports Club - Jan 1929 - Elected - 15 May 1920 - Dr. C.J. Wilson
Red Book 1912 - C.Y. Wilson - Nairobi
Red Book 1912 - Medical Dept - Medical Officer - C.J. Wilson - Nairobi
Red Book 1912 - Registered Medical Practitioner
Red Book 1919 - Medical Officer, EA Protectorate 1918 - MO attached KAR
Gazette - 7/8/1918 - Award of Military Cross - Capt C J Wilson, EAMS
HBEA 1912 - Probationary Medical Officer, Nairobi
Career: House appointments Royal Portsmouth Hospital; Ship’s Surgeon Royal Mail Line; MO tunnel construction company, the Andes; MO Kenya (1911-20); MO Kenya Mounted Rifles (1914-18); SMO Kenya (1920-23); DPMO Kenya (1923-28); 318 PMO Federated Malay States (1928-31); PMO Straits Settlements (1931-34); retired Colonial Medical Service (1934); retired Kenya
Blue Book 1926 appt. 25.5.1911
Nat Probate Calendar