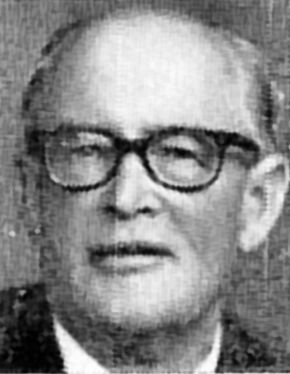 Profession: Eminent Taxidermist, he first went to EA with a game shooting safari, but later opened a Taxidermist business initially on Sclaters Rd. opposite the plot later occupied by the Mayfair hotel, and latterly at Ruaraka

Who's Who 63 - studied as Naturalist and Dermoplastiker Museum of Phylogeny University of Jena; Army Service 1914-19; Phylogeny Museum Jena; Museum of Natural History Wiesbaden, Zoological Museum Hamburg University; Chief Dermoplastiker Umlaff Studios Hamburg; came to Nairobi 1929, built up taxidermy branch for Chas A. Heyer  & Co., took over taxidermy branch 1934; Technical Director Zimmerman Ltd since 1961
Chandler - A Silesian native, Zimmerman served in the German army during WW1 and arrived in Kenya in 1929
Daily Nation 11 Aug 2013 How did a Nairobi estate, Zimmerman, acquire a German name?  On April 12, 1971, at the Nairobi Hospital, Karl Fritz Paul Zimmerman finally succumbed to diabetes. For a man who had built the second largest taxidermy factory in the northern plains of Nairobi, his death was also a big blow to the art of making hunting trophies. Zimmerman Ltd was internationally known. Almost all the animals mounted for display in old Kenyan hotels, at State House Nairobi, and in many clubs originated from the factory. Today, Nairobi’s Zimmerman Estate stands on the same grounds that the company made its name before the national ban on hunting in 1977 deprived it of animals. One of its last projects was the mounting of Ahmed, the Marsabit elephant that had been protected by a presidential decree and which still stands at the National Museums of Kenya’s exhibition gallery. Very little is known about Zimmerman. His is the story of Kenya as the destination of big-game hunters and how they made capital out of the country’s wildlife. Of all those who made millions of dollars making trophies, Zimmerman, or Bwana Simama to his workers, was in a class of his own. Kenya had been attracting some of the largest game hunting safaris, some of them sponsored by the Smithsonian Institute. Among the biggest collectors remained former US President, Theodore Roosevelt.
Gazette 2 July 1971 probate