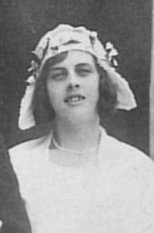 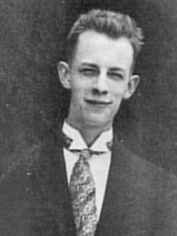 Profession: Initially with Servicestores department stores in Nairobi. In 1933 started his own shop in Westlands - general grocer

Daily Telegraph - 4/4/1989 - The 84 year-old father of Roger Whittaker, the Kenyan-born singer and guitarist, died during a robbery at his Nairobi home last weekend. Mr Edward Whittaker, a grocer who ran a shop in Nairobi until his retirement in 1948, had lived in Kenya since 1929. The robbery happened last Saturday morning in the suburb of Spring Valley. His wife, Mrs Vi Whittaker, 83, returned from shopping to find 3 thieves armed with kitchen knives. They tied her hands and put her in the bathroom before fleeing in her car with property stolen from the house. Kenyan newspaper reports said yesterday that police had discovered Mr Whittaker's body on the floor of his study. His hands had been tied with a rope, and his mouth and nose gagged with a scarf. The exact cause of death has not yet been confirmed.
Gazette, 6 Dec 1938 Nbi Voters List has Edward and Harold Whittaker at same address in Nbi - Box 443. Harold died 14 Aug 1949 - Gazette 18 Oct 1949 probate