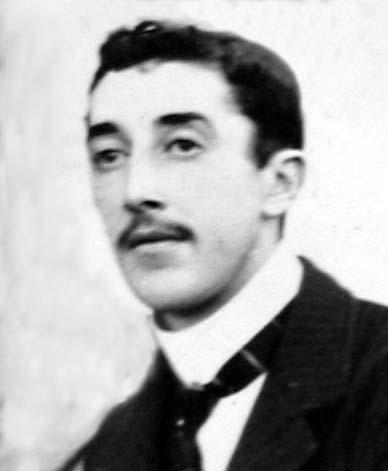 Cuckoo pp 204/5 - DC at Kericho 1905 and urgent call for assistance re attack by Nandi - false alarm.
Ainsworth - Kitui - Lord Cranworth in 'Sport and Profit in BEA' refers to 'the splendid work done by a small band of officers stationed at Kitui, one of the most depressing and unhealthy spots in the Protectorate. More especially does this apply to J.B. Ainsworth, whose efforts in achieving so satisfactory a result undoubtedly cost him his life.'  James B. Ainsworth came out to Africa with his brother on the latter's return from leave in 1900. He was appointed an ADC and rose to be a District Commissioner by 1907. Unfortunately he died at Suez in 1910 from blackwater fever.
Crossroads - 1908 - Soon after my arrival a new DC, J.B. Ainsworth, came, than whom there could have been no happier choice for Kitui and for myself. J.B. Ainsworth had a profound understanding of natives, but more by instinct than from knowledge of their traditions and customs. To him the African was just a human being, uncouth and ignorant, but otherwise not so unlike the generality of mankind. The rather nebulous process, known as 'getting behind the native mind', had small appeal for Ainsworth, to whom it was more important that they should know his mind. Personally I think that there is much to be said for Ainsworth's view. ........ Some time late in 1910 Ainsworth went home on leave and died on the voyage of black water fever. In Kitui he had constantly suffered from malaria which in his happy-go-lucky way he had consistently neglected. He never lost his cheerfulness and always gave a humorous twist to things.
Tignor - began the first government African school at Kitui. Established as a school for sons of chiefs this experiment lasted a scant 4 years.
EAHB 1905 - Asst. Collector, EA Protectorate, April 10th 1901; Asst. Commissariat Officer, Ogaden Punitive Force, Secretary to the Visiting Justices Committee Mombasa Prison, 1902; Acting 1st Asst. Superintendent Inland Revenue and Conservancy, Dec. 1902 - May 1903.
The African Standard - 26-2-1903 - Invited to the wedding of H.R. Phelips & Miss Jacquette Edith Lambe in Mombasa North - 1901 - Special Service with Ogaden Punitive Force, Kismayu; Appointed District Officer and Collector, EAP 1901, Visiting Justice Mombasa Prison 1902, Asst. Supt. Inland Revenue and Conservancy 1903, Asst. Collector Lamu 1903, Kisumu 1903
Cashmore - James Bond Ainsworth obtained porters in the hostile conditions of Kitui by organising dancing competitions EAHB 1906 - Sub-Collector, Kericho
Nicholls - fond of Africans, held dancing competitions among the Kamba, joining in round the evening fire in his pyjamas and gumboots.
Gazette - played in a football match for Mombasa against HMS Terpsichore on 1/7/1902
Gazette - Issued with Bird Licence at Mombasa during semester ending 30/6/1902
EA Diary 1902 - Listed as Assistant District Officer
EA Diary 1903 - Appointed Assistant Collector April 10th 1901; Asst. Commissariat Officer, Ogaden Punitive Force.
EAHB 1907 - Collector - Lumbwa (Kericho)
Gazette 15/5/1910 - Obituary - His Excellency the Governor deeply regrets to announce the death at Suez on his way home on leave of Mr James B. Ainsworth, District Commissioner, Kitui. Mr Ainsworth joined the Protectorate service in April 1901 and was promoted in July 1906; by his death the Administration loses a most capable and energetic officer who was particularly successful in dealing with native questions.