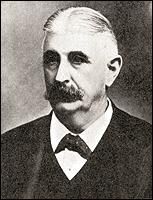 Web - He travelled to Australia, where he worked as a shopkeeper and overseer, Patagonia, and Central Africa before joining the Colonial Service in 1884. He was first posted to Bechuanaland and later to Pretoria, South Africa. He served in Gibraltar and Barbados before returning to Bechuanaland during the Boer War. Williams was governor of the Windward Islands prior to his appointment as Governor of Newfoundland in 1909. ……… Williams' term ended in 1913 when he retired from the colonial service. …. He died in London on June 22 1927.
Who's Who - president of 2nd line of defence for war in E Africa 1914