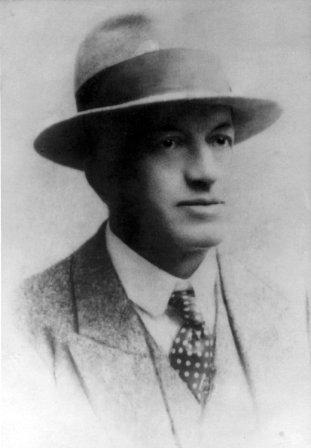 Land - 1909 - E.H.A. Elkington - Grazing and agricultural, 2407 acres, Kiambu District, 24-9-06, Registered 20-5-09
Steve North - ?transport business and ?married Kikuyu girl, Irene?
Gazette - 7/4/15 - Liable for Jury service, Nairobi District - E.H. Elkington
Gazette - 7/4/15 - Liable for Jury service, Kiambu - E.H.A. Elkington, Kapiti Plains, Nairobi
Nairobi Forest Road Cemetery - Ernest Haward [sic] A. Elkington, British, age 57, died 19/12/28
Nicholls - One of the earliest mixed-race families was that of Ernest Elkington. The brothers Jim and Ernest Elkington, old Etonians, had come to Kenya before 1912 when Jim was sent out as a remittance man because he had already lost two fortunes. Jim became a farmer, while Ernest ran a transport business and married a Kikuyu girl. The union produced 4 sons and 2 daughters, who were educated by CMS missionaries. One of the sons married a mixed-race girl, with an Afrikaner father and Nandi mother, and they had 4 girls. The family lived in Ruaraka and were not accepted in white society ……….. 3 of Elkington's 4 granddaughters married an Englishman, Swede and German.
Medals - East Africa Veterinary Corps - Ernest H.A. Elkington, No. 5017, Corporal
Web - Howard left Genoa on a German steamer, S.S. Kanzler 1, for BEA and the ship arrived in Mombasa 1 January 1906. After arriving in Kenya Ernest Howard settled at his cousin James' small farm in Kericho near a place known as Sixty-Four. They were selling horses and were in the process of importing Masara Hounds from England. However this enterprise was thwarted due to various natural disasters and devaluation of the currency in BEA. It was during this period he met and marries a young Kenyan girl called Elizabeth and also bought a farm in Kamiti on the outskirts of Nairobi. The marriage lasted until his death in 1928.
During WW1 Ernest Howard was commissioned to join the E. Africa Vet Corps. He participated as Trans E.A.S. Lieut. 1914-19. Ernest Howard was involved in a motor cycle accident and seriously injured his leg. He was hospitalised for a short period at Nairobi Hospital before his death on 19 December 1928.
After the marriage in 1913 Elizabeth and Howard raised 6 children at their farm at Kamiti. Her husband's trustees sold the Kamiti farm after his death in 1928. When Ernest's sister Nora came to Kenya to the funeral [of Ernest Howard] she made some financial arrangements. Elizabeth received limited assistance for the upbringing of the 6 children from the Elkington trust fund through the CMS. All assistance and contact with the Elkington family in Britain stopped on Nora's death in 1943.
Barnes - Nairobi City Park Cemetery - Richard T. Elkington, died 11 Oct 1955 aged 35
Red Book 1912 - E. Elkington - Kyambu
Gazette - 29/10/1919 - Register of Voters - Kikuyu - Ernest Howard Armstrong Elkington, Farming etc. Kamiti Plains, Kiambu
Gazette - 12/2/1929 - Probate and Administration - Ernest Howard Armstrong Elkington who died at Nairobi on 19 December 1928