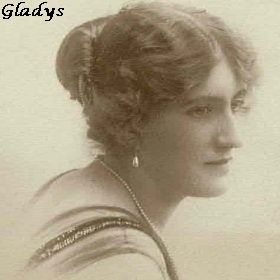 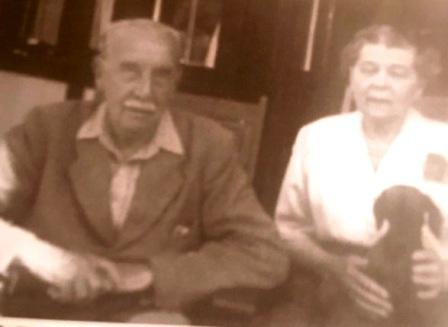 Profession: First doctor in Nanyuki district. Had no car, so he built a hut near his dwelling where wives could come and have their babies, if they got there in time

War Service: RAMC, to France in 1914 with Rifle Brigade, wounded at Mons and contracted pneumonia and rheumatoid arthritis (mentioned in despatches)

Rootsweb: Kenneth served in the Medical Service of the British Army, with a MB BS Eng LRCP in London i n 1904. He becam a Lt. on 30 Jul 1904, a Capt. on 30 Jan 1908, and a Major on 1 July 1915. H e was in India 1905-10. In 1911 he was a Captain in the Royal Army Medical Corps residing a t 11 Gladys Avenue, North End, Portsmouth, Hampshire England with wife Gladys, son Alexander , and a domestic nurse. In 1913-14, he was in France 1914-15 where he was invalided, and aga in 1915-16, India 1916-19, and Constantinople 1922-23. He retired with a pension due to ill health on 15 Aug 1924. He moved to Kenya.
Gazette 6 Dec 1938 Aberdare Voters List
Letter from John Fawcus - "Dr. K.A.C. Doig had served in the RAMC before and during WW1, and was allotted a soldier/settler farm at Nyeri Station (now Kiganjo) in 1925. He was the only doctor around for many miles, and his practice extended to Timau and Rumuruti. There were no rural telephones in those days, so you can imagine the difficulties involved. He also built up a large African practice, and was held in great esteem by the local population. This did not stop him being put on the Mau Mau murder list during the emergency. His elder son, Alec, Kenneth's father (died 1983) ran the farm, had a good war record mostly in the 3rd Royal Tank Regt. in 8th Army, and was a temporary District Officer during the emergency responsible for the whole Kiganjo area."
Obituary - ' ….. After the War [WW1] Dr. Doig served in Turkey and Ireland during the troubles in both countries. Eventually he returned to India where, for a time he was sole medical officer of a large cantonment in Rajputana. He retired in 1925 on a disability pension and came to Kenya. In 1923 he was offered the Governorship of St. Helena but refused the post because of his disability. He was the only settlers' doctor at one time for a large area around Nyeri and to the north and used to make long arduous journeys across wild country to see his patients. The settlers and officials alike regarded him with great confidence and affection and in 1935 he built a small nursing home. Latterly Dr. Doig had a large African practice and so great was the people's faith in him that they frequently came 100 miles to consult him. At his funeral were old African patients from far and near. Dr. Doig, who retired in 1946, had a great love of horses, dogs and field sports and in India he was a Master of Hounds."
Barnes - St. Peter's Nyeri Cemetery - Kathleen Jane Doig, widow of Dr. K.A.C. Doig, who died on 13 January 1969 in her 83rd year, deeply mourned  AND - Kenneth Alan Crawford Doig, doctor of this district, from 1925 to 1946, who died on 3 December 1960 in his 80th year, deeply mourned.
mini-SITREP XXXIII - Legion of Frontiersmen - 1940 - C Squadron - Medical Officer
Foster - popular doctor in the Nanyuki area
Gazette 25 Apr 1969 2nd wife's probate