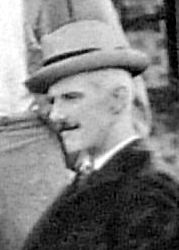 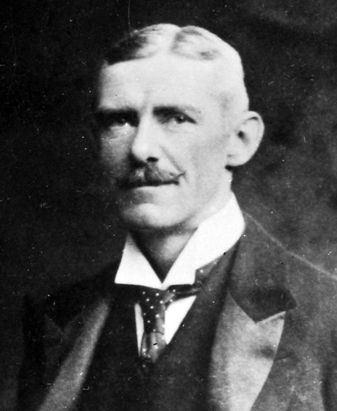 Profession: Appointed surveyor of the British part of Lake Victoria in 1899

North - In EA before Appt. Date on Railway contract; attached to garrison at Port Victoria making a survey of northern shore of Lake Victoria, arr. Mau area Aug. 1898; Uganda Railway appt. dated 1/10/1899; arr. Mombasa from upcountry 7/7/1899; returned to Port Florence from survey of Lake & German border 5/2/1900; taken ill at Mwanza & invalided to England 1902; returned to complete survey Sept 1903; 'He is afflicted with a most uncontrollable temper which renders it very difficult for another European or indeed anyone to serve under him …. highly nervous temperament' (Currie, CO 533)
Curtis - p. 127 - 'Mumias, Port Victoria, Kisumu' - Port Victoria - ' ....... Then came the discovery by the Blackett survey of 1898 of the present rail route from Nakuru to Ogowe Bay down the Nyando Valley. The decision to use Blackett's route meant that Port Victoria would remain a fishing village, but it was not abandoned overnight. Lieut. Whitehouse, RN the brother of the railway's Chief Engineer, carried out the hydrographical survey of Northern Lake Victoria from there in 1898-9 and a British garrison remained for some time.
The African Standard - 26-2-1903 - Invited to the wedding of H.R. Phelips & Miss Jacquette Edith Lambe in Mombasa
Mills Railway - Lieutenant (later Commander) Benjamin Whitehouse, Royal Navy, was George's brother. His ship was paid off in 1897 and he found himself unemployed and on half pay. An excellent hydrographic surveyor, he made his way to Mombasa and was taken on by George to demarcate the two mile wide railway zone. When it became clear that hydrographic survey would be needed on the Lake, the Admiralty suggested to the Foreign Office that he do the work. He eventually carried out the surveys of the whole Lake on which the present charts are based. For much of the time aided by C.S. Hunter, chief draughtsman promoted Assistant Engineer. The 1898 survey was carried out with a sailing-cum-rowing boat, 'Vice Admiral'; when Hunter later joined the party a second boat, 'Good Intent' was also used.
The party which set out for the Lake in September 1898 comprised James Blackett, Ben Whitehouse, Dr Brook as medical officer; 'Vice Admiral' was dismantled, with 15 Railway police as escort and the requisite number of porters. Ben Whitehouse was as good a photographer as surveyor and on the march took the only known extant photographs of the Railway store at Nairobi, the District Officer's house at Eldama Ravine and the fort at Nandi. He went ahead with the boat sections to Nandi and then returned to Eldama Ravine, joining Blackett and Dr. Brook. For this survey Ben was paid £40 per month and it was anticipated that the work would take 6 months. When on land he rode his donkey 'Jerusalem', the only one of the thousands of railway animals whose name has come down to us.
Mills Railway - 186 - Ben Whitehouse was an acute observer and meticulous recorder of detail. His reports contain minutiae unnoticed by others. He had little time for niceties and recorded exactly what he saw