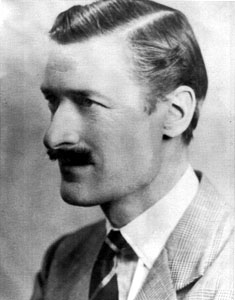 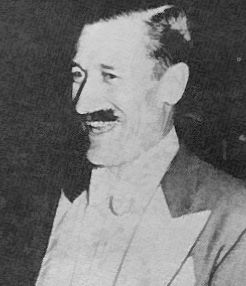 'After the war my father [Alfred Dalton] used to ride with Derek Erskine and later they lived near each other and Derek used to walk with my father after tea. Derek was a natural horseman and my father always said that when Derek was riding, he and the animal were one. Derek was always kind; I remember many acts of kindness.' Source:- Mrs P. Tomalin
Markham - On visit of HRH Edward Prince of Wales in 1928  said - "a tremendous competition took place for Edward P's attention and his entourage was often kept waiting for several hours while he took his pleasure with 'a certain blond'". That blonde was Beryl Markham.  ....….
Markham - 1928 - at Muthaiga Club during the visit of the Prince of Wales - a big strong man, had to pick up Frank Greswolde-Williams tuck him under his arm and walk out of the room with him! Derek Erskine said: "Well there's a limit, even in Kenya; when someone offers cocaine to the heir to the throne something has to be done about it"
Mischief - later Kenyatta's lone supporter among the Europeans before Independence ....... story re Prince of Wales and gramophone records (p. 27)
Debrett - MLC Kenya 1948-51 and 1961-63, Knt 1964
East Africa & Rhodesia - 22/5/52 - " …. My wife and I arrived in Mombasa on October 10, 1927. We both fell in love with Kenya at sight. Everyone seemed so glad to see us. Nobody had much to give, but what they had was ours. Lord Delamere told W.C. Hunter & Co. to advance us the money to buy a car, and later, when my job blew up, he told them to let us off the debt. When we started our shop at Westlands, a European friend lent us the capital, an Asian (the late John Suleman Verjee) taught us book-keeping and costings, and a Kikuyu (Kamau) initiated us into the intricacies of 'service with a smile' at the counter.
Who's Who 63 - founded wholesale grocers Erskine and Duncan 1928; Member of Legco 1948-51 and 1960-62; President Nairobi Chamber of Commerce 1951-52; President Kenya Amateur Athletic Association
Nicholls - Derek Q. Erskine, director of Erskine & Duncan, wholesale grocers, ran this local Outward Bound movement, as well as being influential in the non-racial Amateur Athletics Association.
Wolseley-Lewis - Derek Erskine, Petal's father, was a great horseman, joining the Dragoon Guards after the First World War. He had to leave when he married too young to get permission from his regiment. In those days officers were not allowed to marry as subalterns or before they were 28 years old. He came out to Kenya and started  his shop at Westlands, living over it. Petal was born there in 1928 and had 2 brothers. Derek later moved to Victoria Street. He was always at Polo matches and the races.
Richardson 1929 - Torrs Hotel - Dance where we met Mr & Mrs Erskine; his father used to sit next to me in the House. Mr E. about 6' and very dark; Mrs E. about 4' 10" and very fair; she danced very well but was almost too light.
Web - President of Nairobi Rotary Club - 1939-40
Cass - Owned a thriving grocery business. Owned a string of polo ponies and was known to all as the Galloping Grocer. He was famous for his lisp and for his habit of wearing red, embroidered velvet slippers to hunt balls.
Gazette - Voters List 1936 - Derek Quicke Erskine, Merchant, Box 132, Nabi and Elizabeth Mary Erskine, Married woman Box 132, Nbi
Barnes Langata cem, Nbi - Derek Quicke Erskine / beloved husband of / Elisabeth Mary / and father of / Petal Frances / and Charles / passed away / September 1977 / in Nairobi aged 74 / the substance of / a gentleman is precious
Gazette 15 Nov 1985 probate for Charles Malcolm