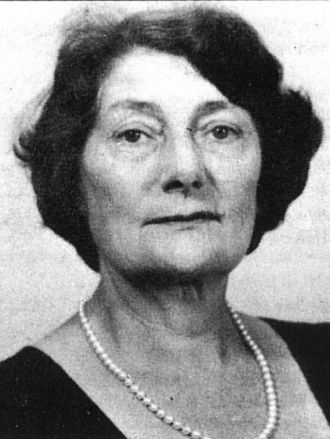 Profession: Went to Kenya as governess to the children of Sir Godfrey and Lady Rhodes. Farmed at Mount Margaret Estate, Naivasha

Women - Grew up in Herefordshire where her father was a racehorse trainer. Her mother died when Jean was 10 and her father died when she was 16. She received a Convent education and later trained as a Montessori teacher. Jean's marriage to Claude lasted 44 years. It was a marriage of like minds, with their personalities complementing each other. Jean, with her drive, vision, determination, and a wondeful sense of humour. Claude, with his dry but gentle wit, and a compassion for his fellow men. He was loved by all who knew him; a truly fine and gentle man. They adored each other. He gave Jean the quiet devoted support she needed, and throughout their life together, Claude was her Rock. In his twilight years, Jean devoted herself to supporting him through a courageously-born illness. Claude died in 1974 leaving a great void in her life. Jean died in March 1995. ......... Despite her exceptionally active and busy life, Jean was to put her family first, and always made time for them when they needed her. She never molly-coddled them believing her girls should gain independence by learning to stand on their own two feet from an early age. ........ Jean had a passion for gardening and created beautiful gardens both in Naivasha and in 1972 when they moved to Limuru. She was also very musical and took great pleasure in both playing the piano and listening to music. Jean had a tremendous sense of duty. Her abiding love for Kenya, and her desire to be a part of its emerging future, was to become the axis of her life. ..... She involved herself in any project to do with the welfare of women and the care of children, both through the EAWL and with other Societies. ........ (many societies and charities) ... When war broke out in 1939, she ran the Kenya Women's Emergency Organization. This was full-time voluntary work throughout the war years, providing 'comfort and support' for the KAR troops from EA and Rhodesia, stationed overseas. For this outstanding and selfless service to the Community, she was awarded the MBE in 1945. Shortly after the War she was a Councillor on Nairobi Municipal Council and was appointed an Alderman in May 1946, the first woman in Kenya to receive this honour. .... She had joined the EAWL in 1929, ... and became Vice President of the League for the first time in 1932. .......... In 1948, along with Lady Eleanor Cole, she approached the Kenya Government for a plot of land on which to build the League Headquarters, and had a vision for a home for Retired Pioneer Women. This vision became reality when Mrs Ethel Harrison offered the League her house and grounds in 3rd Ngong Avenue, to be known as Harrison House. The Government then generously gave the League the adjacent plot of land, in recognition of the League's many years of voluntary work.. ..... (eventual building of Weal House and the Weal House flats) ... The assembly hall was named Anderson Hall as a tribute to Jean's unstinting work in making her vision of having our own Headquarters become a reality. Jean was President or National Chairman of the League for a total of 8 years and this was during 4 different periods of Office. She was many times a Vice President, she was Hon. Treasurer, Editor of the Bulletin, Chairman of numerous Committees, a Member of Honour and a Trustee. ………
Gazette - Voters List 1936 - Jean Anderson, Married woman, Box 380, Nbi