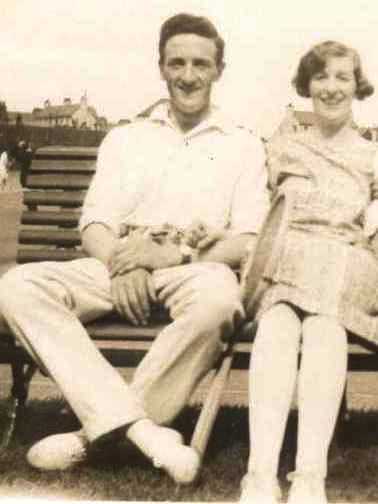 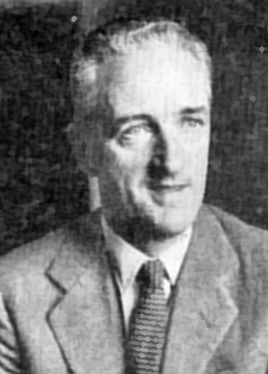 Forrest proved in 1931 that he was a class golfer and he was to collect many trophies out here before he said farewell in 1939. He was interned by the Japs during the war, and lost a great deal of weight. He has never quite regained his pre-war form, which is understandable in view of what he went through.  Winner of the Barry Cup (Coast Golf Championship) in 1929. Winner of the Ronald Marshall Golf Competition at Njoro in 1930. Runner-up in the Ronald Marshall Golf Competition at Njoro in 1937
Njoro - The Ronald Marshall Cup 1930
Gazette - Voters List 1936 - Robert Forrest, Accountant, Box 930, Nbi
Captain of Nairobi Golf Club in 1934. Men's Champion - Nairobi Golf Club 1933. Played for Royal Nairobi GC against Gilgil in 1935. Winner of Amateur Golf Championship of EA in 1931. Won the Coronation Trophy in 1937
Views of my father by Michael Forrest: (on Ancestry)
'My Father was born in 1902 in Glasgow but moved to Perth, this might have been because of his Father's job as a draper's salesman. I am not sure when this took place but I do know that he was at Alan Glens school in Glasgow. While in Perth he trained as an accountant (I think it was a qualification that was assumed into the Chartered Accountants of Scotland). He also played a lot of golf and was a scratch player. He worked for some time in Glasgow before joining Anglo Iranian Oil Company, which was one of the forerunners to Shell Company. In 1928 he was sent out to Kenya by Shell on a three year contract, which was renewed in 1931. These contracts stipulated that he could not get married and so it was not until 1936 that he got married to my Mother. I have no real idea when they might have met but as she also lived in Perth (and was a hair dresser) it might have been substantially earlier.
Moved to Perth
28.5.1928 Joined The Asiatic Petroleum Company Limited
(Shell)
28.11.1928 The Shell Company of East Africa Limited
1931 Kenya Amateur Championship
1938 Michael
1939 Return to UK on "leave" then posted to Far East. The voyage was
by boat, because of the war situation my Mother and I (Michael) were diverted at East Timor to Manila in the Philippines, while my Father went to Hong Kong
13.09.1939 The Asiatic Petroleum Company (South China) Limited
Hong Kong & Manila
1.1.1940 Manila, Luzon, Philippines
7.12 1941 Japan attacks Pearl Harbour
8.12.1941 Japan attacks Clark Field the USA airfield outside Manila and destroys sufficient aircraft to give them air superiority. On 22.12.1941 the Japanese landed in north Luzon.
The Japanese made rapid progress so that by January 1942 the USA and Philippino troops were forced back into the Bataan Peninsula where they held out until 8.4.1941. Some troops held out on the fortified island of Corregidor in Manila Bay until May 1941. The Philippines were finally captured by mid-summer 1942.
March 1942 Interned- Prisoner of war camp
General MacArthur's troops did not secure full control of the Philipine's or Luzon until early in 1945
May 1945 Released.
10.9 1945 The Asiatic Petroleum Company Limited ( in London)
9.11.1947 The Shell Company of East Africa Limited
31.5.1955 Retired
Joined The Motor Mart Limited in Nairobi until 1962
1962-91 Scotland
GOLF
Member of Craigie Hill Golf Club, Perth
1927 Won Club Championship Match Play
1927 Won Bell medal Scratch 1931