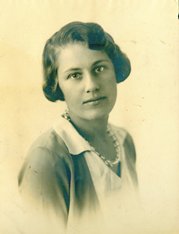 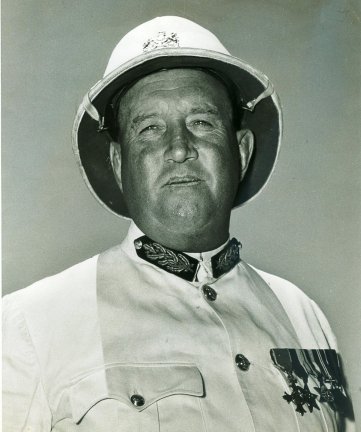 Went out to the Kenya Colonial Service from Cambridge in 1931. He saw life in the Colonial Service in Kiambu, Mandera, Kwale, Garissa, Kakamega and completed it as PC Nyanza. He was given a CMG for preventing the spread of Mau Mau to Nyanza. I believe this was partly due to having excellent relations with the chiefs in the Province and keeping up very good lines of communication. He was 6ft 4ins and built to match. He had played rugger for Cambridge and was a sound cricketer. At Cambridge he was renamed Hal and in Kenya many called him Ngombe. He was also great fun with a delightful twinkle. Africans would fall about helpless with laughter at his rather weak jokes. He was considered by African and European alike to be just and kind.  Source - Mrs V. Bellers (daughter).
Who's Who - Master: Westerleigh School 1965-66; Great Sanders School 1966-69; Claremont School 1969-74. Recreations: reading, watching sport.
East Africa & Rhodesia - 5/1/56 - CMG - PC, Nyanza Province, Kenya. Colonial Service, Kenya 1931; district officer Kakamega 1949; provincial commissioner 1951. Attended Colonial Agricultural Conference Cambridge 1949.
Bellers - My father, Hal Williams, whose family did not have money [he had won a scholarship to Cambridge] joined the Kenya Administration in 1931. He wrote that he had "looked forward to the opportunity of doing some good amongst backward peoples." He also liked to tease us by saying that his main motive was to get away from his creditors. There may have been some truth in this because, anxious about being pursued by "an august body called the Colonial Service Debt Collecting Agency" he earnestly hoped that his first posting would be in the "blue, blue blue" where the cost of living would be cheap and he could repay his university debts. ……
My father tried to enter the Sudan Political Service but was turned down. He was later accepted by Kenya.  Going up to Cambridge on a scholarship from Bedford Modern School, my father had four glorious years at Jesus College. His full name was Cyril Herbert Williams but a friend at University had, mercifully, dubbed him Bluff King Hal, of which the 'Hal' stuck.  Later, in Kenya, he was known as 'Ngombe' (bull) and sometimes as 'C.H.'  He stood six foot four and built to match with ears that stuck out cheerfully and small eyes that twinkled. When he smiled his mouth stretched quite straight across his face, which endowed it with an endearing innocence "He had a charming manner and easy temperament which made him beloved by all who knew him." and along with almost every other undergraduate at the time, he had the time of his life at University. …… My father was awarded a rugby Blue in 1930, his post-graduate year.
Gazette 6 Dec 1938 Kiambu Voters List