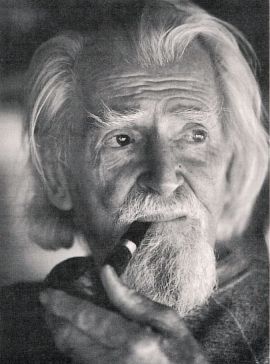 Bwana - born and brought up in India he was sent to school in England and by the time he left school his parents had bought a coffee estate in Kenya. Aged 18 his first job on coming to Kenya was as a ploughman. He then did various jobs in partnership with David Hobden - milk round in Nairobi area, small store at Limuru with a bar - George acted as barman - bus service from Arusha to Nairobi. .......... 'it was quite an exhausting job, David and I shared the driving, with a bottle of neat whisky to see us over the journey ........ In the end we gave it up, because the wear and tear on the vehicles was so great that it didn't pay. Then George Adamson, Hugh Grant and Roger Courtney started a trading business on Lake Baringo buying goats and sheep from the Njemps and then selling them in the Highlands. .......... 'just when the great venture was failing and we had made up our minds to abandon it large swarms of locusts invaded Kenya from the North and I was able to enrol as a government locust officer in the Baringo district'. ............. then involved in transport work for 3 years between Mombasa and Kampala - whisky, scent etc. ......... hunting when he could with Bill Thompson .......... joined in the gold rush to Kakamega with Nevil Baxendale ...... safaris in the NFD. .......... in 1935 became a professional hunter and was employed by Gethin & Hewlett ........ then in 1936 became a Game Warden at Isiolo where he was to stay for 23 years ........... in Intelligence during WW2 ........ met Joy at a Xmas party in 1942 at the camp of Willie and Morna Hale and in 1944 married Joy. .......... in 1961 he left the Game Department and handed over to Ken Smith
Carson - Lake Rudolf, Loyangalani - met Vivyan Ward, Capt. Ritchie, the Game Warden and Dr. Hassan. A long form lay stretched on a bed seemingly asleep, and this, I was informed, was Pat Ayre. Other members of this very high-powered reconnaisance party, which had come from Marsabit to vary the boundaries of the then Northern Game Reserve, included George Adamson and Mervyn Cowie. ........ Vivyan Ward was master of ceremonies and most successfully did he feed us all with a varied and full menu. ....….
Cass - worked on a sisal plantation, built roads, went into the transport business, traded in goats and beeswax. Together with his close friend Nevil Baxendale, he set out for Kakamega to look for gold. They staked their claim, adopted a lethal rhinoceros-horn viper which they named Cuthbert Gandhi, to guard their expected haul, but failed to find enough of the precious metal to make one gold filling ..... they returned empty handed to Nairobi ............ became a professional hunter and in 1938 landed a job as a temporary game warden.
Chandler - potted biography (1 page)
Gazette 6 Dec 1938 Kiambu Voters List
Gazette 19 Sep 1950 1st wife's probate