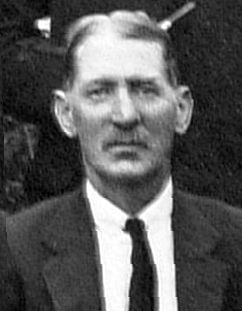 Profession: Railway Magistrate EA in 1900; he was Protectorate Magistrate, Nairobi, in 1902, and succeeded J.H.C. McCaskill as Inspector-General of Police in November 1905

SE - R. Donald - Inspector General Police - Nbi - July 1907
Cuckoo - 1904 - Town Magistrate, Nairobi. Donald was the best Magistrate ever appointed to Nbi. Those who knew his work in those days would not think of questioning that statement; and assuredly he was a difficult man to succeed. He had been a magistrate in India and knew the Indian Codes, Civil and Criminal, backwards; and still more important, understood the curious mentality and characteristics of the Indians. No Indian wrong-doer could fool Donald, and soon became aware of the fact. He was a very capable, just yet firm, level-headed judge; and in all the time I knew him on the Bench, never once was a judgement delivered or a sentence passed by him either reversed or reduced on appeal to the High Court of BEA.
Police - In 1908 he relinquished his appointment to return to the Magistracy at the conclusion of a term of 3 years with the Force. This particular post was then abolished, both EA and Uganda being thereafter served by a Commissioner of Police only.
Kenya Diary - 1903 - Nairobi - 3rd March - my birthday - Mrs Donald presented me with a fox terrier puppy which I have christened 'Baby'
EAHB 1905 - Railway Magistrate, Oct. 9th 1900; Protectorate Magistrate, Nairobi, Sept. 13th 1902
Red 25 - Inspector General of Police 1905-1908
The African Standard - 26-2-1903 - Invited to the wedding of H.R. Phelips & Miss Jacquette Edith Lambe in Mombasa (Mr & Mrs R. Donald)
On November 28, 1905, on the completion of his seconded term, Captain McCaskill was relieved by Mr R. Donald, formerly town magistrate, and returned to his regiment. ......... In 1908 Captain W.F.S. Edwards DSO, Inspector-General of the Uganda Police, was appointed Inspector-General of the Police of both Protectorates, and Mr Donald returned to the magistracy. Drumkey 1909 - Police - Inspector-General
Medals - Mombasa Defence Force - Ronald Donald, No. 9366, Private
North - Indian Civil Service; son Douglas enrolled at Uganda Railway School, Nairobi 1/8/1904
EA Diary 1902 - Listed as W. Donald - Railway Magistrate
EA Diary 1903 - Uganda Railway Magistrate, Nov 20 1900; Magistrate 1902
Barnes - Nairobi South Cemetery - Mrs R. Donald, wife of late R. Donald, Commissioner of Prisons [no dates] Commissioner of Prisons - 1 Apr 1917 - 6 Nov 1923
Red Book 1912 - R. Donald - Mombasa
Red Book 1912 - Judicial Dept. - Magistrate - Nakuru
Red Book 1919 - Prisons Dept. - Commissioner of Prisons
HBEA 1912 - Magistrate.
KAD 1922 - Commissioner of Prisons