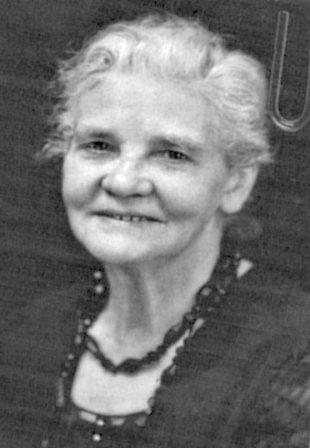 Profession: In 1903 she established the first bakery in Nairobi. With her experience of Scottish bakery such a venture was bound to succeed. It was directed with rare business ability and as Nairobi developed so did the firm of Messrs M.S. Elliott.

After some years she was joined by her brother W. Braidwood.
Stephen Ellis's ledger shows address as "Tea Rooms" Nairobi
Macmillan - 1930 - M.S. Elliot and Co. - The business is the oldest baking concern in Nairobi. It was started in 1903 by Mrs M.S. Elliot, a Scottish lady from Glasgow, who began it in a very small way by baking and selling delicious scones and cakes, which were very highly appreciated by the little community that formed at that time the nucleus of the future capital of Kenya. ….. After some years she was joined by her brother, the late Mr William Braidwood, who had been in business in South Africa as a grocer and provision merchant. In 1917 Mr W.D. Joiner was engaged as manager. That gentleman trained in the grocery and provision trade at Arbroath, Scotland, hed been since 1912 in the employ of a prominent Nairobi firm that went into liquidation [Boma Trading Co.], and became  a partner in M.S. Elliot and Co. in 1917. In 1928 the firm was formed into a limited liability company, of which Mr Joiner is Managing Director, and Mrs Elliot is a large shareholder. The firm specialise as provision outfitters to safari and other expeditions, and were appointed in that connection to HRH the Duke of Gloucester.
Land - 1906 - Mrs S. Elliot - Building, 75 ft. by 50 ft., Nairobi, 22-11-05, Registered 23-8-06
Land - 1907 - Mrs M.S. Elliot - Building, 5 acres, Ngong Road, 3-1-05, Registered 14-2-07
EA Stud Book 1954 - Cattle - Ayrshires - M.S. Elliot & Co., Thembigwa Estate, Kiambu
Land - 1906 - Mrs S. Elliot - Building, 3,750 sq.ft. - Nairobi Township - 25 years lease from 1/3/1906 - Registered 21/5/1906
Advertiser - 4/9/1908 - Subscribers for St. Andrew's Church Building Fund - Mrs Elliot & Mr Braidwood - Rs. 100
North has Mrs Margaret Scott Elliot, b. Glasgow, née Braidwood, arr. EA from SA, c1903. Founded bakery firm of Messrs M.S. Elliot at Nairobi [CN cannot find in North]
Nairobi Forest Road Cemetery - Mary Scott Elliot, British, age 72, died 10/5/33
Gazette 13/4/1921 - Dissolution of Partnership between William Braidwood, Mary Scott Elliot, William Davidson Joiner and Elizabeth Baird carrying on business as M.S. Elliot & Co. has been dissolved by mutual consent, so far as regards the said Elizabeth Baird who retires from the firm
Gazette - 27/6/1933 - Probate and Administration - Mary Scott Elliot late of Muthaiga who died at Muthaiga on 10 May 1933
[She seems too old to have had the children, if she was really 72 when she died.]