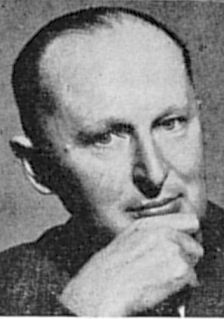 Jambo 67 (with additions fron his son Stuart) - 'He was closely involved with the EAWL Benevolent Committee and a founder trustee of the C-B Charitable Trust. These two charities enjoyed his help and guidance for some 30 years. On leaving school in 1923 he joined the London Branch of the Standard Bank of South Africa and in 1928 he sailed for East Africa and over the next 35 years became a highly successful banker. He married his wife Gladys in 1936 and she was to prove a great support to him as they raised their family and he increased in seniority in the Bank and undertook an enormous number of outside activities. He founded the first Dr. Barnardo's Home in Kenya and was Chairman of Nairobi Club for three years from 1958. In 1963 he was transferred to the bank headquarters in the City of London and in 1968 retired to live at Hunter's Moon, Littlewick and quickly became involved in the whole life of the village. Just before Gladys died in 1982 they moved to Sunningdale but he continued to sing in the choir at Littlewick until a year ago and regularly attended the monthly village lunches. He had a long and busy life, a wonderful sense of humour and gave unceasingly of his time and energy both at work and at home. He had a very happy marriage, blessed with two children Moya and Stuart and grandchildren David, Belinda, Claire and Kelly .....…..'