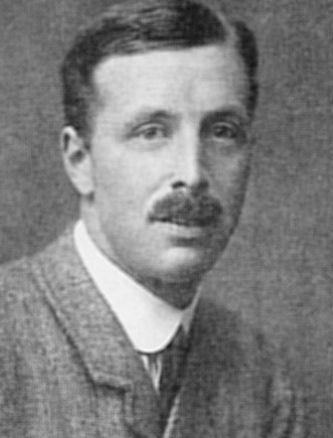 Daly - Another sad case was that of De Watteville, killed by a lion while on safari with his daughter, who must have had a terrible time nursing her dying father, and after his death was left alone in very wild unoccupied country. While looking round for a camping place in the Congo I came unexpectedly on his lonely grave a few hundred yards on the south end of Lake Edward.
Killed by a lion while on safari with his daughter
Web Vivienne de Watteville was the only child of the Swiss-French naturalist and artist Bernard Perceval de Watteville (Bernhard Perceval von Wattenwyl, 1877–1924) and his English wife Florence Emily Beddoes (1876–1909). Her father had been a pupil of the painter Hubert von Herkomer before turning naturalist. Her mother died of cancer when she was nine, and she spent her childhood holidays from her English boarding-school (St. George's School, Ascot) tomboyishly alone with her father, whom she called 'Brovie' ['brother'], in remote parts of Norway and in the Alps. (He called her 'Murray, my son'.) She had wanted to go to Oxford University and earn her own living, but her father, possessive to a fault, had brushed aside both ideas. On 30 September 1924, on the Congolese shore of Lake Edward, shortly after being refused permission by the Belgian authorities to hunt the rare okapi, Bernard shot and wounded a lion, his nineteenth. Believing that no wounded animal should be abandoned (he had often pursued wounded buffalo in thick cover), he followed the lion on foot into a bed of reeds where it lunged at him and swatted him to the ground. He jumped to his feet and fired at the retreating animal, causing it to whirl around and in just a few bounds attack him once again. The angry cat mauled him until he was able to shoot it while it was on top of him. The lion's claws were buried in the man's body and had to be pulled out one by one. Two hours later Bernard staggered into camp where he collapsed in his daughter's tent. Vivienne did her best to save her father, treating his infected wounds with raw crystals of permanganate, but the bleeding could not be stopped. Bernard died at sundown the next day and was buried the day after. Though suffering from spirillum fever and shock, and though before her father's death she had killed nothing bigger than dik-dik and guinea fowl, Vivienne took charge of the safari and completed the mission, shooting both for the pot (she had a team of native trackers, skinners and porters to feed) and for the collection. One of the remaining species on their license that she successfully hunted was a northern white rhinoceros.