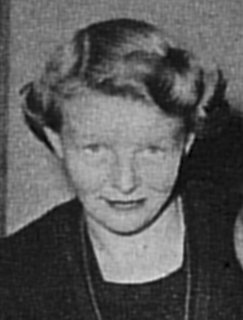 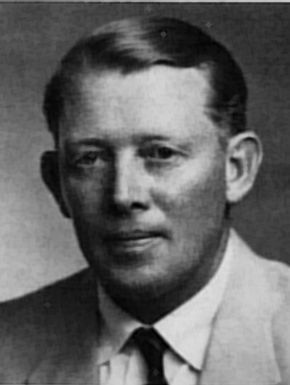 Profession: Had a fine record in the Mau Mau rebellion. He later moved to South Africa.

Saving Game - The Sunday Post 28-2-60 - "Major Venn Fey whose grandparents pioneered farming settlement at South Kinangop is selling his holdings of more than 2000 acres ..... because of political developments in Kenya ..….."
Horizon - grew up in the depression .... loved fishing and hunting ....... school in England ....... then went to live on his uncle's farm as an apprentice farmer ......... WW2 - seconded to Rhodesian Armoured Car Regt. ....... Abyssinia etc. ..... acted as staff car driver with the rank of Lance Corporal initially ........ Mau Mau - 'did a bit of a forest job ...... rations came from the sky, dropped by the Kenya Police Air Wing every 3 days or so .....…..
Fey - Beth - I have been married for 13 years [in 1947]. We met in hospital. I was the patient, she was the gentle Sister who administered to my frail and ailing person ...... I was managing my uncle's farm (Tulagat) at the time ..... I had a farm, 'Njabini', left to me by my grandfather, much of which was derelict, and I had £25 in the Bank .......... Beth's parents came to Kenya at the turn of the century and she was born here. My grandparents were the first white settlers in this part of Kenya, and my childhood had been spent on the land and in adjoining forests where Beth and I now proposed to start life together. I knew the rivers and where the trout lay, and all the wooded valleys on the foothills of the Aberdare range from bird-nesting days. ...... my father was reputed to be the first white man to shoot a bongo in Kenya. That was in 1908. He hunted professionally before the Kaiser War ..…..…
East Africa & Rhodesia - July 28, 1955 - Military Cross - Major (Temporary) Venn Fey, Kenya Regiment:- In September 1954, Major Fey, after giving most valuable service in Kenya Police Reserve, was commissioned into the Kenya Regiment (Territorial Force) and given command of the newly-formed 49 Independent Infantry Brigade Combat Tracker Group. Since October 1954, he has proved himself an outstanding leader in forest operations. He has commanded his combat tracker group with great gallantry, unflagging zeal, and the greatest determination, constantly harrassing the Mau Mau gangs under the most adverse conditions of terrain and climate. He is a leader who is ever foremost in action at considerable personal risk. On many occasions he had in close combat accounted for a large number of the enemy, and his fine leadership and gallantry were particularly outstanding in the following actions:- 1. From October 18 to 30, 1954, Major Fey commanded two combat tracker teams of the 1st Bn. The Royal Northumberland Fusiliers and the 6th Bn. The King's African Rifles with skill and tenacity, culminating in a fine action on October 28 in which he led the assault group into the attack on an enemy 'hide' occupied by 30 or more terrorists. Six were killed and many more wounded but escaped, heavy blood trails being seen in numerous directions. A large quantity of ammunition, food, and clothing were captured. 2. During 'Operation Hammer' in January 1955, operating 3000 yards ahead of the main body of the brigade and working across the grain of the country in the Aberdare forest his group killed 12 of the enemy, and on January 12, 1955, he accounted for five of these himself. His courage and great skill have been an inspiration to the British and African soldiers under his command.