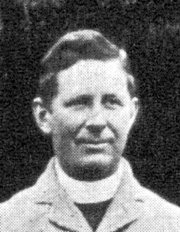 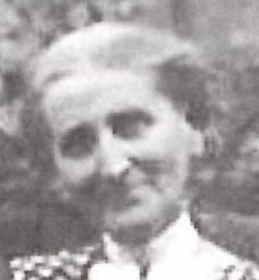 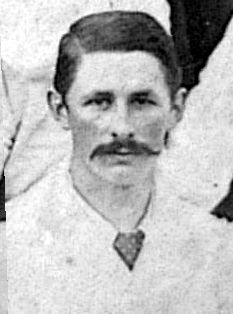 Profession: Missionary. Served with the CMS at Kabarole, Uganda. Accompanied Bishop Tucker to Uganda in 1892

Tucker - at Kinakulya and longing for direct pioneer work in 1896.
Tucker - at Toro in Aut. 1895. Arrived back from England in Dec. 1898 and received Deacon's Orders in Jan 1899
EAHB 1905 - at Kabarole, Toro
North - From Dublin; arr. Mengo 25/12/1892; dep. Kampala 20/4/1893 to start Mission at Mityana in Singo; Kasaka 1894; Toro July 1895; home leave; arr. Mengo 1898; Toro 1900
East Africa & Rhodesia - 10/11/55 - The Rev. A.B. Fisher last survivor of the early pioneers of the Church Missionary Society in Uganda, has died at the age of 88.
East Africa & Rhodesia - 17/11/55 - long obituary
Drumkey 1909 - CMS Uganda - Hoima, Unyoro
Uganda Journal - Vol. 21, No. 1 - The Rev. A.B. Fisher in Uganda: A Memoir by H.B. Thomas - The Rev A.B. Fisher, who died at Eastbourne on 3 November 1955 at the age of 88 years, was the last known survivor of those who were present at the burial of the remains of Bishop Hannington at Namirembe on New Year's Eve, 1892, and who saw the British flag raised at Kampala on 1 April 1893. But he has another claim to distinction; for, over a period which saw the most active expansion of missionary work in Uganda, he took a pioneer's part in the foundation of more, probably, of the original mission outposts than any one man.
It has been remarked that many early missionaries were handicapped by an urban background. But Fisher was a practical countryman and Irish to boot. He was no theologian, but, as a sincere and often exuberant messenger of the simple gospel story, he was exceptionally well-equipped for work among those who were meeting Christianity for the first time. He matched his hour, proving that the best passport to the affections of a primitive people and to the confidence of their leaders is an uninhibited friendliness. …….
Moreover, since he had no inclination to meddle in politics, he was soon on easy terms with almost every Government official he encountered. ……….
Fisher spent the years 1900 to 1903 in Toro, but thereafter he worked in Bunyoro from 1905 to 1913. In March 1902 he had married in Toro a fellow-missionary, Miss Ruth Hurditch. One pioneering journey which they made together should be recalled. When, in January 1903, they ascended to the Mubuku glacier, he was the first parson and she the first lady to reach the snows of Ruxenzori. ……….. The outbreak of the 1914-18 war. His retirement from the mission field followed, and this brought to an end his 22 years of service in and for Uganda.
CMS 1892 - Age 24, Of Dublin. 1890, Sept. Prep Instn. 1892, May 9 to E. Eq. Africa Mission - Uganda
Roome - he and his gifted wife were the pioneers at Hoima. He was a man of large vision and lavish method. He never did things in a mean way.