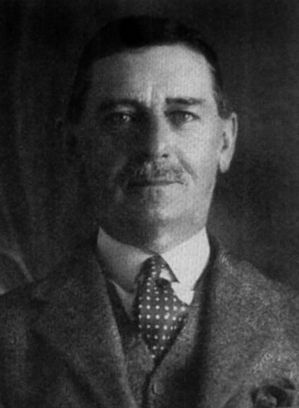 Profession: After years of service with the 3/KAR he retired and settled in Nairobi

Golf - On Committee of Nairobi Golf Club in 1925
Irish - President of the Irish Society in 1926. He was a much decorated soldier who came to Kenya in 1907 and after many years service with the 3rd KAR he retired and settled in Nairobi. Obviously a popular personality he was again elected President in 1933. ......... had distinguished himself during the EA campaign serving with the 4th KAR in WW1. After the war he served in India and when he returned to Kenya in 1927 served in various semi-military posts until he was called up in 1941 to command No. 359 camp at Burguret. He then served in Uganda from 1943-45 after which he retired to live in Nairobi. His local interests were many and varied. He served on the committee of the Kenya Rifle Association and the Royal EA Automobile Association. He was a keen sportsman, a polo player in his youth, and he inaugurated the KAR polo team. He also had interests in the Turf Club, Nairobi Club and the Royal Nairobi Golf Club and was on the committee of the Louise Decker Memorial Homes until his death. ....... He died in 1959 which broke a chain of 52 years service in and for EA. He was mourned as a respected soldier and a kindly charming gentleman.
Moyse - 1911 - took over the post at Serenli with 2 British Officers and, for a time, was acting DC
Bovill - Grew passion fruit in the 1930's
Davidson papers - After WW1 Fitzgerald was appointed or elected to many semi-military, civil and philanthropic organisations. In 1922, he served in India as Commandant of the Small Arms Schools at Satar and Pachmari and retired in 1927 with the rank of Colonel. He organised and was Staff Officer, Kenya Defence Force, from 1928-1936. In 1940 he was appointed military member of the Compensation Committee (Kenya) and served as ARP Commandant for Nairobi until August 1941, when he was called up to serve as Commandant of No. 359 Camp at Burguret. He was Commandant of the Central Recruits Depot at Tororo, Uganda, in 1943 until it closed down in 1945 when he retired to live in Balmoral Road, Nairobi.
His local interests were many and varied - serving on the executive committee of the Kenya Rifle Association as also on that of the Royal EA Automobile Ass. As a man of strong religious convictions he was a member of the Chapter Committee, All Saints' Cathedral and maintained his interest in the training and development of youth by serving on the committee of the Boy Scouts Ass. He was Hon. Treasurer of the Louise Decker Memorial Homes from the outset and was on the Management Committee until his death.
Fitzgerald was a keen sportsman - a polo player in his youth, he inaugurated the KAR polo team. His club interests embraced the Turf Club, the Nairobi Club and the Royal Nairobi Golf Club. On his arrival in Nairobi, in 1907, he evinced an enthusiasm for golf, and in an article on the Royal Nairobi GC course, written in 1956, he described the first golf course in Nairobi as being on open land between the KAR quarters (now Buller Camp) and Upper Hill Road where herds of animals of all kinds, wildebeeste etc. could be seen in the early morning returning to the plains below after a nights visit to the higher ground. ......... (description of course) ...…
Fitzgerald paid tribute, in his article, to the interest in this 9 hole course of a contingent of KAR officers "without whose influence, I doubt very much, if the Royal Nairobi Golf Course, as it is today, would be in existence as the whole course was excised from ground belonging to the KAR reserve." The 'browns' of the early days provided ideal playing spaces for gambolling buck of the smaller species but lions were frequently seen on the links, and occasionally a leopard. Fitzgerald's interest in the R.N.G.C. never weakened. His presence as an honoured member and guest in the President's tent at the Easter tournament was always recognised by members and players alike as representing an exceedingly happy link with the beginnings of the Club. His death, following an operation in England on 12th March 1959, has broken the chain of 52 years service in and for EA and was mourned by the great numbers who had known and respected him as a soldier and a very kindly gentleman. His ashes were brought to Kenya and buried with full military honours in Langata Cemetery, Nairobi. - from the papers of the late Charles Davidson in the possession of Nan Davidson (1995)
Dusty - a dapper, brisk old warrior, straight as a ramrod, who gave the impression of being quite capable of fighting it all over again ....….
KAD 1922 - Officer Commanding 3rd KAR.
KAD 1922 - Committee Member, REAAA.
KAD 1922 - Working Committee Member, KAR Officers Dinner Club.
KAD 1922 - Committee Member, Nairobi Polo Club
Drumkey 1909 - 3rd KAR, Nairobi
Web - History of Royal Nairobi Golf Club - In 1919 Col. Otho Fitzgerald was called upon to despatch a marauding leopard which made its habitat in a coppice that existed between the 14th and 15th holes. He managed to shoot him as he was about to spring at a goat tied up as a lure.
Advertiser - 2/10/1908 - Nairobi Amateur Dramatic Society - "Bluebeard in East Africa" - T.O. Fitzgerald - Gay Ranger - roars of laughter
Advertiser - 16/10/1908 - Nairobi Golf Club - Bowring Monthly Handicap - T.O. Fitzgerald, handicap 11
Red Book 1912 - T.O. Fitzgerald - Kismayu Nairobi Club - President 1955
HBEA 1912 - Coy. Commander 3/KAR, Serenli.
Cuckoo - has 1908 - T.J. Fitzgerald in Kisii Expedition.
Police has Inspector W.P. Fitzgerald and Kisii exped. ?
Gazette - Voters List 1936 - Nairobi South - Thomas Otho Fitzgerald, Staff Officer, KDF, Nbi and Catherine Audrey Fitzgerald, Box 473, Nbi
Barnes Langata cem Nbi - d.12.Mar 1959 in Cricklewood, Eng [but has a gravestone in Langata] and Catherine Audrey / Fitzgerald / 1890-1960
Gazette 21 Apr 1959 probate
Gazette 9 Nov 1965 wife's probate
Birth date from Ancestry Passenger list 1958 London-Mombasa