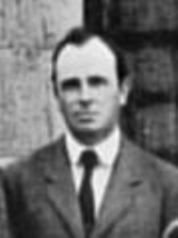 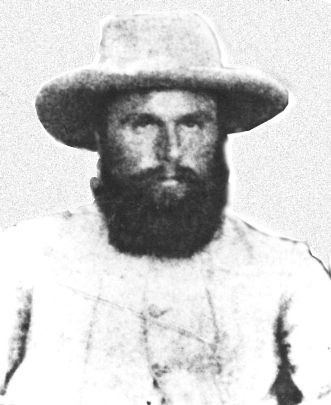 Profession: His main interests were farming & saw-milling, first at Karura and later at Elburgon. He also manufactured roofing shingles, for which there was a great demand.

Accompanied Lord Delamere on his adventurous safaris in North Africa and later started a sawmill at Elburgon using mostly cedar timber and Baltic pine.
SE - Dr. A.E. Atkinson - Elburgon - Mar 1909
In 1908 he was President of the Pastoralists Association, whose headquarters were at Nakuru.Their main object was to promote the welfare of the farming industry in the district.
HBEA - imported a pure-bred Shorthorn which did well, and early in the year 1906 he was selling half-bred bulls ready for service.
HBEA 1912 - Vice President, Pastoralists' Assoc., Vice Pres. Landholders' Association.
KFA - The Planters' and Farmers' Association ..... in 1905 changed its name to the Colonists' Association with Dr Atkinson as Chairman and W. McLellan Wilson as secretary.
Cranworth - naturally intelligent and exceedingly well read. Took up land and a sawmill at Elburgon.
Kenya Diary - 1902 - Tate sent by Sir C. Eliot to investigate and collect evidence to enable the Government to prosecute 3 European traders who are now in custody in Nairobi, charged with murder, raiding and the wholesale slaughter of elephants. The names of the 3 are Smith, Vincent and Atkinson. ...... I understand Tate had great difficulty in persuading either Rendille or Samburu people to come to Nairobi to give evidence against Smith, Vincent and Dr. Atkinson, who had been raiding around Marsabit. These ruffians had brought a huge herd of sheep and goats to Naivasha and then to Nakuru. ...... with the greatest reluctance 3 witnesses were brought back. Donald, the Town Magistrate heard the case, and Arthur Neumann also gave evidence for the prosecution. The accused were committed to the High Court, where they were tried before a panel of settlers, but no white jury would ever find a white man guilty on coloured evidence.
White Man - "The Doctor" to all who remember EA in its pioneer days. ........... had taken up some land at Karura 5 miles outside Nairobi. He imported a Shorthorn bull as a present for Delamere and a Berkshire boar. ......... Letter from Delamere home says - "Dr. Atkinson is doing so well with his sawmill that we are going to join and get a bigger plant and cut on my place ............" .......... Delamere's nearest neighbours at Equator Ranch were Dr Atkinson and his brother, who worked a sawmill on the forest's edge.
Land Grant 1903 - Dr. Atkinson - Agricultural, 2,000 acres - Kiambu - June 7 - Purchase, part grazing part agricultural, respective are as unknown pending survey.
North - Arrested with F.R. Vincent, tried & acquitted of the murder of some Rendille who he blew up with gunpowder after a dispute over ivory 1900. Both acquitted for lack of evidence but Vincent was to be deported to SA. Land Grant applications, Nairobi 1902 & Mau Escarpment 1903. 'That blackguard Dr. Atkinson "El hakim" a well known filibuster …. A blustering bully' (F.J. jackson, FO2)
Playne - Group photograph of the Colonists' Association of British East Africa Playne - Pastoralists' Association (Nakuru) - The idea of this association was first mooted by Messrs S. McCall and R. Chamberlain, and at a meeting a few days later the association was formed after a joint conference between them and Mr A.S. Flemmer. At a general meeting held at Nakuru on May 22, 1906, a constitution was agreed to, and Mr Flemmer was elected President and Mr Banks Secreatry and Treasurer.  At the annual meeting in 1907 Mr Chamberlain was elected President; Messrs S. McCall and Flemmer Vice-Presidents, while Mr Banks was re-elected as Secretary and Treasurer. At the annual meeting in 1908 Dr. Atkinson was elected President, Messrs S. McCall and F. Watkins Vice-Presidents, and Mr P.G. Throne Secretary and Treasurer, vice Mr Banks, resigned.
Playne - The Equator Sawmills - It is 11 years since Dr. Atkinson came to BEA, in the company of Lord Delamere. Mr E.C. Atkinson came in 1900, and started the first sawmill in the country at Nairobi. Four years later the Equator Sawmills were started with Dr. Atkinson and Mr E.C. Atkinson as partners. The mills are 1.5 miles from Molo or Elburgon on the railway line, and have their own siding. .......... Six Europeans are employed on the staff. The partners own 10000 acres of land on either side of the railway, making a total of 20000 acres, mostly timber ......... Logs are taken into the mill by means of oxen, and contracts are let for haulage. ........... Messrs Atkinson had the first imported pure-bred bull in the country, and still take keen interest in stock, but owing to their sawmill business they find their time fully taken up now. They own 10000 acres at Londiani, on which a house has been built. Dr Atkinson has taken a keen interest in the Pastoralists' Association, and Mr E.C. Atkinson started the Colonists' Association.
Land - Doctor A. Atkinson leased 10000 acres at Molo later passed to Estates and Investments Ltd
Land - 1907 - A.E. Atkinson - Grazing, 10,000 acres, Molo, 14-3-04, Registered 18-4-07
Advertiser - 23/10/1908 - Letter from Arthur E. Atkinson, Elburgon re railway sleepers and buying them locally Nicholls - In 1902 A.E. Atkinson, who had come in 1897, imported a shorthorn bull to cross with native cows.
Nicholls - The early white hunters sometimes behaved very badly towards Africans. A.E. Atkinson pitched camp in the middle of an Embu shamba and helped himself to the crops to demonstrate how powerful he was. Unsurprisingly, his loads were stolen and 2 of his porters killed. So Atkinson retaliated by shooting 12 Africans and burning a village.
North - Member of the 1897 Lord Delamere safari from Berbera to Mombasa via ake Rudolf. Arr. Njemps Dec 1897, rejoined expedition at Marsabit early 1898 at Machakos on way to Mombasa at end of expedition April 1898; at Athi River Camp Sept. 1898; Fort Smith Feb 1899; Nsava, Kitui Sept 1899.
EAHB 1904 - Masai-Land District Residents - Atkinson, Dr A.E. - Ruaraka, near Nairobi
Red Book 1912 - A.E. Atkinson - Eldama Ravine
Red Book 1912 - Nominated Unofficial Member of Legislative Council - The Hon Dr A.E. Atkinson
Red Book 1912 - Vice-President - Pastoralists'  Association - Dr. Atkinson
Red Book 1919 - E. Atkinson - Nairobi
HBEA 1912 shows him as Hon. Dr. A.E. Atkinson